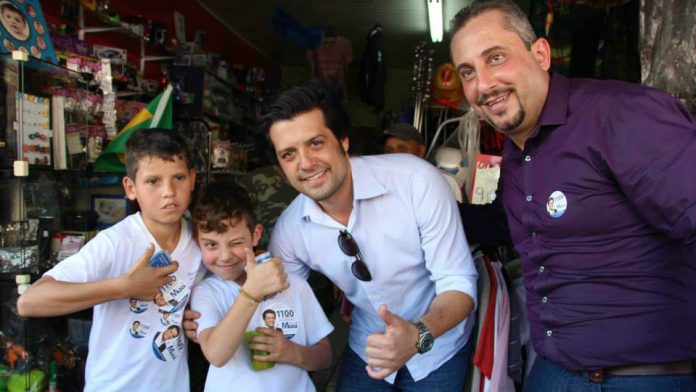 Amid the political turmoil surrounding the impeachment of Dilma Rousseff by the Senate this month both houses of Brazil’s National Congress have continued to work on different bills for the regulation of gambling in the country.

[dropcap]A[/dropcap]t the end of August, the special gaming committee established by the Chamber of Deputies has finally finished work on their bill which covers casinos, bingos, jogo do bicho, fixed-odd betting (including sports), slot machines and online gaming, but it must now be voted on in a plenary session ‎of Brazil’s lower house.

“With just four votes against to 23 in favour we approved my bill in the Special Commission for a Regulatory Framework for Gaming in Brazil,” said Federal Deputy Guilherme Mussi, the commission’s rapporteur. “It has been 10 months of public hearings, debates, divergences and convergences [but] we have taken an important step so that this activity can be regulated and can transform itself into a source of revenue for the Government, and likewise a source of employment and entertainment for both Brazilians and tourists.”

If Deputy Mussi’s draft bill is approved it will allow bingo halls to operate as individual establishments or in clubs and football stadiums with a capacity of over 15,000. Additionally, each of Brazil’s states will be able to launch their own lottery games.

Commentators have suggested that the draft legislation includes a reasonable framework for taxation with a 15 percent income tax on actual gains for players at the time of cash-out, and 3,65 percent PIS and COFINS (social contributions) levying on GGR, with no proposals for an excise tax on gaming.

As a measure to promote responsible gaming, individuals diagnosed as problem gamblers will be denied entry to gaming establishments and betting shops. This will be monitored through a national database of problem gamblers with provision for both self-exclusion or that names may be added via a court order.

Over in the Senate

Senator Fernando Bezerra Coelho has replaced Senator Blairo Maggi as rapporteur for the Senate’s bill PLS 186/2014 after the latter was appointed as Minister of Agriculture.

At Bezerra’s request, the bill was returned to the Special Commission of National Development and a alternate draft has now been presented which covers casinos, bingos, jogo do bicho, fixed-odd betting (including sports) and online gaming.

This new version has received input and suggestions from the Ministry of Finance. “We can highlight some good qualities, such as the broader space for future regulation and a better defined process for the granting of licenses,” said Luiz Felipe Maia, a gaming lawyer and founding partner in Oliveira Ramos, Maia e Advogados Associados. “Nevertheless, it still needs some adjustment, mostly [with regard to] the taxation of prizes and revenues.”