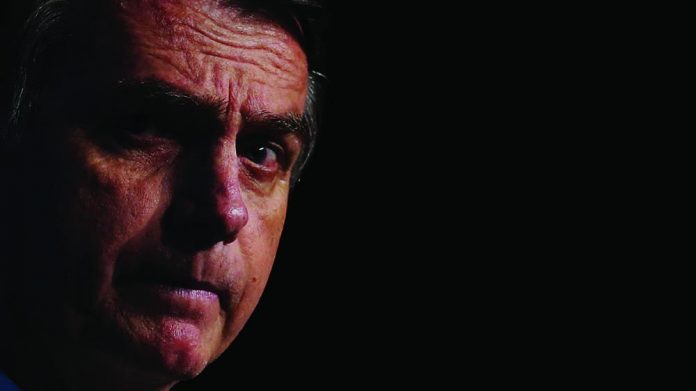 Brazil’s president, Jair Bolsonaro, recently clarified that the decision whether or not to legalise gambling ultimately corresponds to the country’s legislature, while the idea of introducing casinos resorts as a way of boosting tourism continues to gain traction in both houses of the National Congress.

While the wheels of change have ground slowly when it comes to the legalisation of gaming in Brazil, the idea of reintroducing casino gambling appears to be gaining momentum once again in the country’s legislature following last year’s elections.

Brazil’s president, Jair Bolsonaro, has declared himself a staunch opponent of the gambling industry, yet he appears to be sitting on the fence when it comes to the possibility of bringing back casinos to Latin America’s largest country by GDP.

Speaking in the week before last October’s elections Bolsonaro was quick to dismiss rumours in the press that he would consider legalising gambling.

“This is unbelievable: Now I am supposedly legalising casinos in Brazil. Me? No one could believe such nonsense!” he stated, during a live Facebook feed.

Nevertheless, despite being quick to point out his opposition to gambling, Bolsonaro has not completely ruled out legalising it to some extent.

“There is a possibility …that each state will be able to decide [whether or not to allow] gaming,” he explained, speaking to the Rio de Janeiro Trade Association (ACRJ) in 2018. “In principle I am against it, but we will look at what would be the best outcome.”

Edgar Lenzi, a lawyer and director of BetConsult suggests that “the legalisation and regulation of the Brazilian market – either federally or on a state by state basis – could result in a major revenue boost for the government’s finances, which will surely be of interest for the Bolsonaro administration.”

While the president continues to espouse anti-gambling views, he recently clarified that the decision whether or not to legalise gambling ultimately corresponds to the country’s legislature.

Bolsonaro’s latest statements on the issue were triggered by a legal challenge by the centre-right Humanist Party of Solidarity (PHS) which argues that two measures from 1941 and 1946 banning gaming are invalidated by Brazil’s 1988 constitution. The PHS has brought the issue before the Federal Supreme Court.

In light of the litigation, Brazil’s Attorney General, André Mendonça issued an opinion arguing against the legalisation of gaming.

“The practice of gambling raises multiple socially harmful implications,” he contended. “Games of chance are a gateway for money laundering, illicit activities, [and] concealment of assets.”

While Bolsonaro agreed with Mendonça’s position, he clarified that the issue will be left to the National Congress to decide.

“Our lawyer has presented his position, but it’s not an obligation. Whether it ultimately stops being illegal or not must be decided by the Chamber of Deputies and the Senate,” he stated.

In May, senator Roberto Rocha presented a new bill, PL 2648/219, which seeks to legalise casinos as part of integrated resorts.

“[To boost] tourism, it is important to regulate [this] type of enterprise, which attracts international groups and promotes business and events tourism,” Rocha stated. The measure will now be put before a series of commissions for further discussion.

Over in Brazil’s lower house, during a recent debate, the Chamber of Deputies’ Tourism Commission lent its support to the legalisation of casinos in the country, which it suggested would contribute to regional tourism development.

“There is no resistance [to legalising gaming per se]. The momentary difficulty is in identifying which is the best draft bill, the legal framework, and geographical issues regarding the re-legalisation of casinos in Brazil once again,” said deputy Newton Cardoso Jr, president of the Tourism Commission.

“Of course, we will have to look at the issues surrounding whether or not to legalise other gambling activities after the casino discussion, but [the idea of legalising] casinos generally seems to be acceptable to the Chamber of Deputies and the National Congress.

“I’m particularly in favour of it. What is expected in terms of revenue, job creation, and investment in the country is extremely relevant right now,” he added.

Despite this, Cardoso Jr contends that casinos should not just be limited to large urban centres, and argues that IR development could be used to attract tourists to lesser known regions of the country.

In line with this, deputy Pedro Augusto Bezerra highlighted the region of Cariri in Ceará state, as an area which would benefit from a casino resort as a way of drawing in more national and international visitors.

“We spoke about opportunities in Brazil with the opening up of the gaming market, of [the possibility of] investments by Sheldon Adelson, who has already visited the country and spoken about projects representing some $10-$15bn, and creating a strategic partnership between the ABIH-SP and Sands,” Omori reported.

“We talked about opportunities that will present themselves in São Paulo, Rio de Janeiro, and all over Brazil with the legalisation of gaming and the arrival of groups such as Sands.”