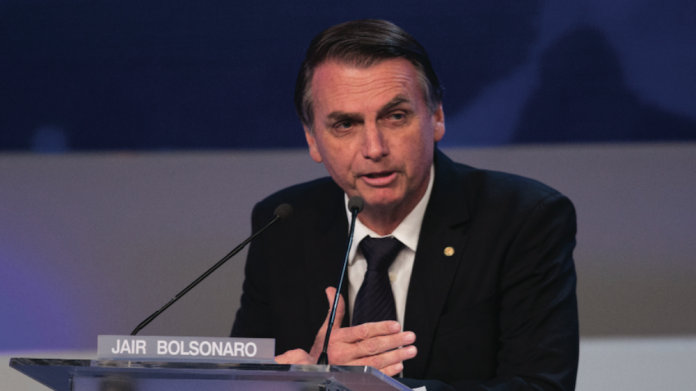 Anti-gambling presidential contender Jair Bolsonaro has solidified his lead in the polls, although the right-wing candidate has not taken gaming legalisation off the table all together.

As Brazilian voters get set to go to the polls to elect a new president this October, right-wing candidate Jair Bolsonaro continues to lead the race to the Palácio da Alvorada.

“2018 is a very complicated year in terms of the political situation in Brazil, as we have the presidential and Congressional elections in October. For this reason it will be very difficult to get anything approved [in terms of gaming legislation] until after the elections,” said Luiz Felipe Maia of FYMSA Advogados.

“In terms of the outcome, while I wouldn’t wish to speculate too far, it is likely we will see a change in government.

“Recent approval polls suggest that Michel Temer has been one of the most unpopular presidents in our history, based on this it seems unlikely the candidate he’s chosen as his successor, Henrique Meirelles – the former Minister of Finance – will win the presidency. So we foresee that there will be a change but at the moment its quite impossible to call.

“Despite this, now more than ever, there is a broad consensus in the National Congress that gambling will be regulated in Brazil in the near future,” he added.

Bolsonaro, representing the Social Liberal Party (PSL), took 28 percent of the vote in a Datafolha poll on 18-19 September, placing him firmly ahead of rival candidates.

Even though he is a 27- year congress veteran, Bolsonaro has taken a leaf out of US president Donald Trump’s election playbook, positioning himself as an outsider candidate and harnessing social media to woo voters and criticise the “political establishment”.

An evangelical Christian, he hopes to appeal to the third of the population that shares his faith, nevertheless this could come as a blow to the campaign for gaming legalisation, given that some of the most vociferous opposition to opening the Brazilian market has come from the revival tent.

“Bolsonaro is an expression of this enormous contingent that’s for the first time represented in the political realm,” says Fernando Schüler, a political scientist at Insper, a university in São Paulo.

Some commentators have suggested that an attack during a rally in Juiz de Fora in which the former army captain was stabbed on 6 September, may have boosted his chances of winning the presidency. Especially in light of the fact that taking a tough stance on crime has been a core pillar of his campaign.

An earlier poll by BTG Factual/FSB suggests Mr Bolsonaro’s chances of winning the first round increased following the stabbing, with 30 percent of those asked saying they would vote for him, rising from 26 percent.

While some industry stakeholders are concerned by Bolsonaro’s anti-gambling stance, it is noteworthy that despite affirming his opposition to gambling on numerous occasions, the PSL candidate has not completely ruled out legalising it to some extent were he to win the presidency.

“There is a possibility …that each state will be able to decide [whether or not to allow] gaming,” Bolsonaro explained, speaking to the Rio de Janeiro Trade Association (ACRJ). “In principle I am against it, but we will look at what would be the best outcome.”