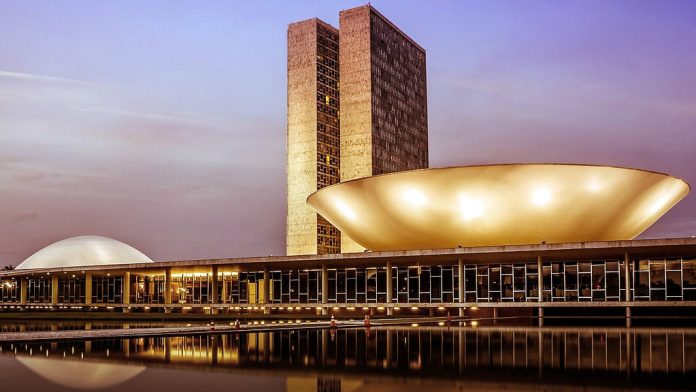 The Olympic Games won’t be the only place in Brazil where all eyes are on the finish line this summer, as two competing bills for regulating gambling are set to be debated in both houses of the National Congress in August.

[dropcap]W[/dropcap]eathering a crisis that has seen the country’s economy hit a 25-year low, Brazil continues to consider legislation that would allow casinos to operate in the country for the first time since 1946. At present, the National Congress has two bills for the legalisation of gambling running in parallel: PLS 186/2014 in the Senate and PL 442/1991 in the Chamber of Representatives.

“Right now things are on hold because the National Congress is on winter recess until the beginning of August,” said Luiz Felipe Maia, a gaming lawyer and founding partner in Oliveira Ramos, Maia e Advogados Associados.

The Senate’s bill, which aims to regulate both the land-based and online sectors – including casinos, bingo halls and slot parlours – was originally scheduled for a vote in July, but due to the political uncertainty surrounding the impeachment of suspended president Dilma Rousseff, a decision was made to postpone it.

“In the Senate we expect the impeachment process to be over by the end of August, and I believe we will see a vote on the gaming bill after that,” Maia stated.

In Brazil’s lower house, the Chamber of Representatives’ Special Commission for Gambling is working on two different drafts of its bill – one by the Commission’s rapporteur, Guilherme Mussi, and the other incorporating proposed changes suggested by deputy Nelson Marquezelli.

“The main debate between the two proposals focuses on whether online gaming will be regulated or not and whether they will permit slot machines outside of bingo halls and casinos,” said Maia. “They are currently negotiating these issues and trying to get to a single draft and this too is expected to be put to a vote at the beginning of August.” Under the current proposals, casinos would only be permitted inside hotels with over 100 rooms. Licences would be issued depending on a region’s population. A maximum of three casino licences could be issued to in areas with a population of over 25 million, while smaller regions with between 15 million and 25 million inhabitants would have two licences. These licences would be obtained via a tender process and would be valid for 30 years.

This July, Folha de São Paulo, a Brazilian daily newspaper, reported that the country’s interim president Michel Temer is mulling the creation of a state-run online sports betting company with the aim of partnering with an experienced international operator.

“At the moment we are currently in the process of privatising Lotex, the instant lottery, and this is the model that they want to follow for sports betting,” said Maia. A state-owned betting monopoly, however, would seem to run contrary to proposals found in the bills currently under discussion in the National Congress, which suggest that an unspecified number of online licences would be issued.

We have a huge established market with people betting online on offshore websites, and I don’t believe any monopoly would be efficient enough to complete with these operators.

“In my opinion, a sports betting monopoly is not the ideal model for Brazil,” Maia added. “We have a huge established market with people betting online on offshore websites, and I don’t believe any monopoly would be efficient enough to complete with these operators.

“From an economic perspective if the government instead went the route of taxing a part of the revenue from the existing online operators, the resulting revenues would be higher than what could be earned via a monopoly.”

Temer’s economic team suggests that the sale of the online gambling concession could earn the government over BRL4bn (E1.1bn), which would be a significant investment for a single operator although it has been proposed that the duration of the tender could last between 10 to 20 years.

Maia argues that while a number of companies may be interested in a monopoly, this initial enthusiasm is likely to wane once a private operator begins working with the government and sees potential revenues going to other verticals or to offshore websites. “However, if having a monopoly for sports betting is what it takes to have casinos, bingos and online gaming regulated, so be it,” he said.

While industry observers eagerly await the Brazilian government’s decision on the two proposed gaming bills, July saw the launch of Lotoshow, the country’s first online gaming platform. Regulated in the north-eastern state of Piaui – and bypassing Brazil’s national online gambling ban – the Lotoshow website allows users to play a scratch card game as well as two draw-based games, Super 26 and Bilhete Tradicional. “In order to prevent money laundering, revenue will be deposited into a government account, which will make it easier for regulatory bodies to ensure transparency and auditability,” said Piaui State Governor, Wellington Dias, during the lottery’s inauguration event. “The funds [raised] will be used to support the development of culture, sports and education. “Industry estimates show that 200,000 people place bets through offshore online gambling sites, hence benefiting other economies instead of our own. Lotoshow will be beneficial for the Piaui people, which is a victory for all.”