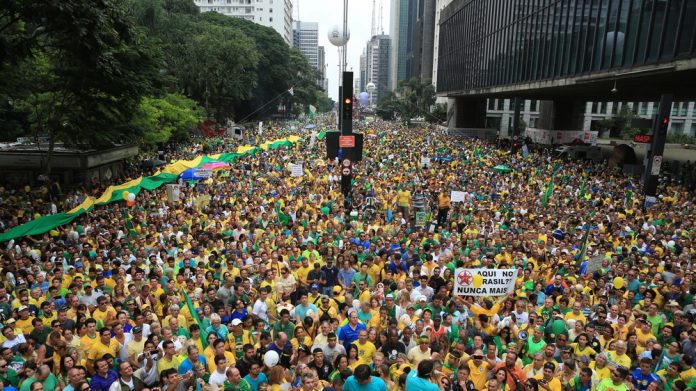 While Jair Bolsonaro’s position in the polls before Brazil’s October elections might not be what industry stakeholders were hoping for, it’s still by no means a sure bet that he’ll take the presidency, as Edward Lowton explains.

In recent months the outspoken right-wing candidate has continued to consolidate his lead in the polls, with an attempt on his life by a disgruntled socialist this September seemingly driving home his key campaign issue of cracking down on crime.

No doubt many in the casino industry will be less than thrilled by Jair Bolsonaro’s rise, given the 27- year congress veteran’s anti-gambling views.

However it’s not all gloom and doom, Bolsonaro has stated that he would be willing to look at legalising gaming on a state by state basis, although “in principle” he remains against it.

While the seven-term congressman has in the past consistently voted against liberal economic policies, he’s said to have been recently brought round to the merits of free-market thinking by his main economic adviser, University of Chicago-educated Paulo Guedes.

Bolsonaro has already said that if he wins, Guedes would become a “super minister” overseeing Brazil’s lacklustre economy, which saw only a 0.2 percent growth in GDP in Q2 2018.

In this context, it seems unlikely that the new administration would be in a position to pass up capturing a portion of the estimated BRL$20bn ($4.9m) currently generated by illegal gambling in the country.

There’s also another factor in play. In spite of Bolsonaro’s lead in the polls, the structure of Brazil’s electoral system means that victory in the presidential elections on 7 October is still a long way off. Brazil uses a two-round electoral system, similar to that found in France, meaning a candidate needs to receive the majority of the vote-share to be elected in the first round.

If no candidate gets more than 50 percent of the first- round vote, the top two candidates then compete in a second round run-off.

Currently, no candidate is projected to win a majority in the first ballot, with centre-left federal deputy Ciro Gomes, the only candidate projected to beat Bolsonaro in a second-round vote, according to a Datafolha poll.

Gomes is one of two candidates – the other being Geraldo Alckmin from the pro-business Brazilian Social Democracy Party (PSDB) – who have openly spoken in favour of legalising gambling.

One of the consequences of the two-round system is that, if a controversial candi- date does make it to the second round, he or she will usually have alienated a considerable proportion of voters who then opt for the other, more centrist candidate.

Controversial would be the best way to characterise Bolsonaro. The 63-old former army captain is notorious for his contentious statements – many of which have been criticised as racist, misogynistic or homophobic – and his affinity for Brazil’s 1964-1985 military dictatorship.

In light of this, the fact that Brazil’s electoral rules pro- mote moderate voters moving towards the political centre in a run-off scenario could well turn out to be the ace in the hole which see a pro-casino candidate in the Palácio da Alvorada.