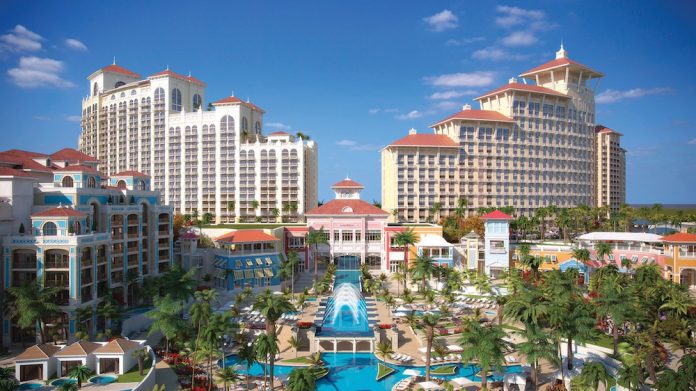 The launch of a Rosewood-branded hotel in late May has completed the $4.2bn Baha Mar integrated resort’s phased opening.

The resort now operates a total of 2,300 rooms, suites and villas, in addition to the largest casino in the region and other amenities.

The 237-room Rosewood Baha Mar is the third hotel to open at the resort, joining The Grand Hyatt and SLS hotels which opened last June and November, respectively.

Baha Mar has been credited with driving a rise in tourist traffic to the Bahamas of nearly a fifth in recent months.

Speaking to local media, minister of tourism, Dionisio D’Aguilar, stated that the island nation had welcomed 18 percent more air arrivals in the first quarter of this year than in the same period for 2017, an increase which has injected an additional $100m into the economy.

D’Aguilar noted that speculation that Baha Mar could cannibalise business at the Atlantis resort casino on Paradise Island have proven unfounded.

“Some of this growth is obviously with the additional inventory brought on stream by Baha Mar, but when I speak to Atlantis – because I was initially fearful there would be some cannibalisation with the opening of Baha Mar – that is definitely not happening at this time …Atlantis is maintaining its occupancies and its room rates.” he added.

This view was echoed by Graeme Davis, Baha Mar’s president, who downplayed concerns regarding a ‘market split’.

“I don’t think you’re seeing the cannibalisation people expected between Atlantis and ourselves. Both of us are growing the market together,” he said.