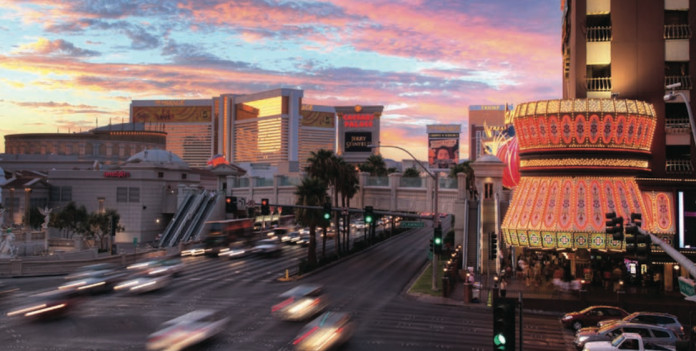 With the departure of Caesars Entertainment CEO Mark Frissora, rumours have emerged suggesting MGM Resorts is considering putting together a merger proposal.

There has been media speculation that MGM Resorts International is looking at the possibility of a merger with Caesars Entertainment.

While no offer has yet been made, according to a report in the New York Post, MGM has hired Morgan Stanley and law firm Weil, Gotshal and Manges to carry out a feasibility study on a possible merger.

A quarter of Caesars is owned by hedge funds operators, including Canyon Partners, which also holds a stake in MGM.

It is suggested that these operators may have been the main proponents for a deal between Caesars and MGM and were the driving force behind the departure of Caesars CEO Mark Frissora, who is set to leave in February.

“Everyone knows that without a CEO, Caesars is in play,” stated an unnamed source cited in the Post. Caesars has confirmed that the four members of the Compensation and Management Development Committee as well as the Chairman of the Board will work with a nationally recognised search firm to find Frissora’s successor.

“The board of directors thanks Mark for his instrumental role in leading the company through a challenging period and setting Caesars on a course for sustained, long-term growth and value creation,” said Jim Hunt, chairman of Caesars’ board of directors, in a statement. “Under Mark’s leadership, the company has significantly improved margins and profitability while simultaneously increasing customer and employee satisfaction. We are grateful for his leadership and numerous contributions and are optimistic for the future.”

Chaney Sheffield, a former investment banker with Morgan Stanley, who now manages Canyon’s lodging and gaming investments, is said to have been pushing for the MGM/Caesars merger, according to sources close to the companies. He reportedly argues that such a deal would help to save overhead and reduce marketing expenses.

MGM is not the only company with its eye on Caesars, which recently declined a proposed reverse merger with casino chain Golden Nugget, owned by Tilman Fertitta. The deal would have seen Fertitta assume the role of CEO of Caesars following Golden Nugget’s absorption into the company.

“The Board … determined that it is not consistent with the company’s plans to create and enhance shareholder value over the long term,” Caesars said in a statement.

MGM is currently valued at roughly $30bn, and Caesars at $22bn, while if the two firms were to join forces, the combined company would control around half of the hotel room inventory in both Las Vegas and Atlantic City, a factor which could cause concern for gaming regulators.

“If they did merge, they would have an overwhelming presence here in Las Vegas,” said David Schwartz, director of UNLV’s Center for Gaming Research.

“I think these companies are always exploring their options through things like this. They’re always looking at mergers and consolidations, so it’s not really surprising MGM would be considering this right now.”

At the beginning of November, Caesars reported revenue of just under $2.2bn for the three months ending September 30, a rise of 120 percent on the same period last year. The company posted a net profit of $110m compared to a $433m loss in Q3 2017.