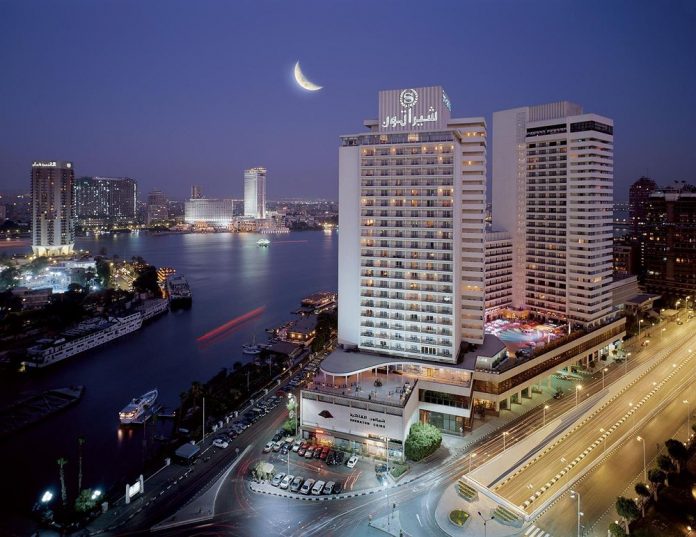 The Sheraton Cairo Hotel & Casino on the River Nile has reopened after a renovation period, in a move it says marks its commitment to the ailing Egyptian market.

The 27-storey hotel and casino, opened in 1971, was Sheraton’s first of 24 properties to settle in the African continent.

The property is on the West Bank of the River Nile, a short walk from the Egyptian Museum, Cairo Opera House and the 70-storey Cairo Tower.

Alexis Kyiakidis, President and Managing Director, Middle East and Africa, Marriott International, said: “The reopening of this hotel and casino is a milestone in our journey as it not only showcases our transformation efforts around the Sheraton brand, but also reinstates our commitment to Egypt as a strategic growth market.”

The 326-room hotel boasts six restaurants and bars, a fitness centre and an outdoor swimming pool.

“A revolution in early 2011, a popularly backed military coup in 2013, and a series of high-profile airline disasters, beginning with the downing of Metrojet 7K9268 in Sharm el-Sheikh in October 2015, have shattered an industry that made up 11.4 percent of Egypt’s GDP in 2015,” wrote Ruth Michaelson, a Cairo-based journalist, of the Egyptian tourism market in an article for The Guardian.

However, Michaelson said Cairo continues to attract business visitors from elsewhere in the Middle East, and could be a potential tourism hotspot for the swelling middle classes in India and China, though Westerners remain wary after the shooting by the Giza pyramids in 2015, as well as the bombing of the Italian consulate adjacent to central Tahrir Square in the same year.

“Cairo has never had any shortage of hotel rooms, and large hotel chains have continued a steady, if depreciated, flow of business since 2011, mostly from visitors from the Gulf,” Michaelson added.

The newly refurbished Sheraton Cairo Hotel & Casino is kitted out for high-rollers working in the day and gambling in the evening, with 1400 square metres of meeting space and “seamless connectivity through high-speed Wi-Fi”, according to the company’s press release.