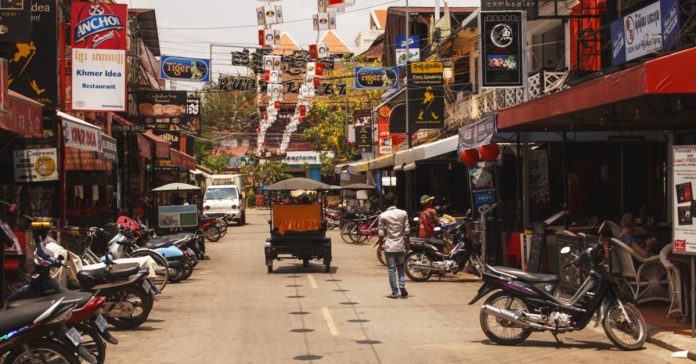 The Cambodian market is going through a period of change. Ben Lee, partner at Macau-based consultancy firm IGamiX, gives an overview of the country’s much-awaited gaming bill, and parts the strands to take a look at the real forces affecting the domestic market.

The close-to-final draft of is currently with the cabinet, and once approved is expected to provide a uniform tax rate for all operators, bar one exception. NagaCorp is unlikely to lose its preferential treatment, or its monopoly status in the Cambodian capital.

“I expect there would be one provision for Naga, and a separate standardised tax regime for everybody else,” explains Ben Lee, managing partner at IGamiX consultancy.

“The tax rate for everyone else has been more or less decided: it’ll be a very competitive, Singapore-style rate. It’s only the tax rate for Naga that is still being challenged.”

Over 20 years operating in Cambodia, Naga – which has a 70-year casino licence in Cambodia which runs until 2065 – has not yet paid taxes in the traditional sense, but pays a fixed and negotiated fee which is “not tied in any way” to its revenues.

A new rate is now being negotiated between Naga and the government, but the company is said to be resistant to the change.

“There is a figure that the government would like,” Lee adds, “but the ultimate decision is up to the prime minister.”

Naga’s CEO, Chen Lip Keong was formerly economic adviser to Cambodia’s PM Hun Sen and the two reportedly to have a close relationship.

No other enterprise has Naga’s privileged position. NagaWorld, its property in Phnom Penh, is ring-fenced from competitors by a 41-year monopoly on gambling within a 200km radius of the capital.

Subsequently, most of the interest in the Cambodian casino market today is among private individuals, rather than institutional investors.

So far they too have been spared of taxes on revenues, paying instead a “unit levy” on what they provide. Government inspectors merely tally up the number of gaming tables and slot machines on site, and after some negotiation, settle on a bill each year.

Barriers to entry are next to none, and small scale casinos are “popping up like mushrooms”, says Lee. The small seaport city of Sihanoukville has 20 such venues already, and another eight are expected there soon.

“So the international investors are not as enamoured with Cambodia, because of this proliferation.”

Lee explains that while many of these entrepreneurs “think that opening a casino will make them tons of money”, they themselves don’t come with the most impressive credentials.

“The people who run them are not from respected backgrounds; the games they operate are untested, and you have to question whether they are fair; and thirdly you have a lot of online business going on there. Which although is not illegal in Cambodia, it’s certainly not legal in those markets that those operators are targeting.”

With low internet penetration, there is no significant market among locals for online gambling in Cambodia. But in the absence of any restrictions, the practice of using a casino licence to target online players abroad, tax free, is widespread among this second class of operators.

In any case, Cambodians with cash to wager can happily play in land-based casinos.

“The prohibition of Cambodian players is only in name,” Lee explains. “You see immigration officers walking around in casinos, but it’d be very hard not to notice that the majority of the people inside the casinos are actually Cambodians, and [they’re] not using foreign passports either.”

However despite the fact the ban is not enforced, with limited disposable income among the general population, local mass remain small fry for the majority of operators.

Another myth is that Cambodian casinos rely on players crossing over from Vietnam for income, or a healthy supply of VIPs from China. Despite the speculation, neither group are significant to Cambodia.

Only the border town of Bavet, just two hours drive from Ho Chi Minh City, has any meaningful business from the Vietnamese; and no casino in Cambodia other than Naga has the facilities sufficient to attract high-rolling Chinese.

Naga had been doing well out of the latter group, in 2014 just five junkets made up 32 percent of the group’s total revenue.