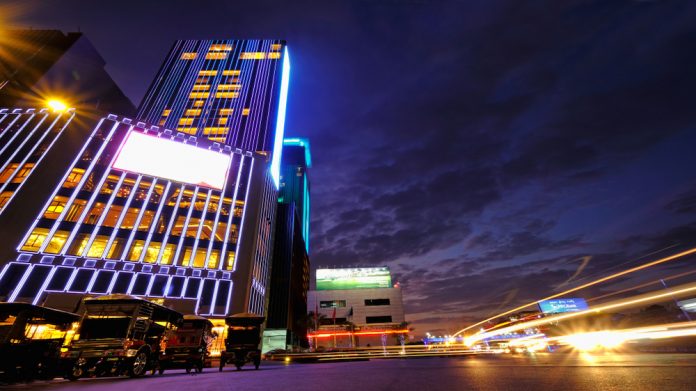 Government representatives suggest that Cambodia’s new gaming legislation could be passed by 2019.

Industry stakeholders have welcomed Cambodia’s draft gambling bill, suggesting the new legislation will lay the groundwork for the further development of the country’s gaming industry.

While the Law on the Management of Integrated Resorts and Commercial Gambling (LMCG) still has a way to go before its passed, the director general of the General Department of Financial Industry for the Ministry of Economy and Finance, H.E. Mey Vann, recently stated that he is “hopeful” the bill will enter into law by next year.

“But it depends on how the parliament members agree,” he clarified. “This is a challenging question but it has already passed through many different procedures and we are hoping the parliament won’t have any objections now.

“The government wants to have this bill as soon as possible to ensure that the industry will be developed in the proper manner and also of course to meet the government target for tourist attractions.

“Investment is a must to help our economy grow stronger, more diversified and also for changing the country’s reputation for the image of attracting the high- standard operators of IRs.”

Gaming has undergone a rapid growth in the South-east Asian nation since NagaCorp obtained the country’s first gaming licence in 1994. According to the minister of Finance, there were an estimated 79 casinos operating in Cambodia as of the end of 2017 and 81 venues by September 2018, although frequent new entrants and closures have made this figure fluid.

“I think the new draft gaming bill has the potential to be transformational for the industry,” said Rui Pinto Proença, a partner at MdME Lawyers.

“I believe in this case the policy goals are clear in the law, it’s job creation, it’s protection of the player, it’s creating a tourism industry, and also creating tax revenues for the government.”

A key aspect of the new legislation is the division of Cambodia into three “gaming trade zones”, with regions classified as prohibited, promoted, or favoured.

Integrated resorts will only be permitted in promoted zones, such as Sihanoukville and Koh kong, while casinos located in favoured zones will be required to undertake certain reforms to adapt to the new legislation.

A new regulator will also be established to oversee licensing and taxation.
Dubbed, the Gaming Management Committee, this body will be comprised of seven members, each representing a different government department.

“As a listed company we certainly welcome all of the principles in the draft law, the greater transparency and consistency, we think will be very positive,” Ben Reichel, executive director of Donaco International, which operates Star Vegas in Poipet, on the Thai border.

“The minimum capital requirements for a casino is also a good thing for the country that will help tidy up some aspects of the business. Tighter regulation of junket operators …is quite a positive as well.

“We think it’s very positive to have a more professional standard of regulation. That’s something that makes us more comfortable.”

While a new tax rate has yet to be established, participants at the inaugural Cambodia International Gaming Conference this September suggested that it will not be a significant departure from the present figure.

“One thing that everyone talks about is the tax rates, and of course, under the new decree there will be a tax based on gross gaming revenue,” Reichel continued. “The precise amount hasn’t been finalised, but it will be a very reasonable amount, based on the stage of development of the industry compared to other international markets were we operate, including Vietnam.

“Also, the fact that junket commissions [will be] deductible from the taxes, I think is a very sensible move. That also applies in Vietnam and it basically halves the effective tax rate that we have to pay there,” he concluded.