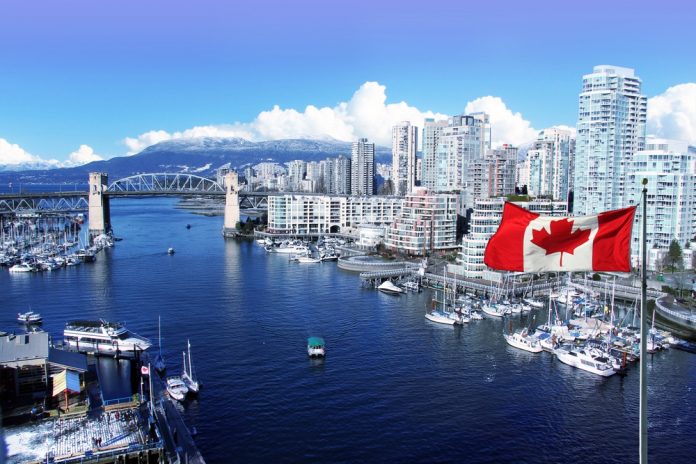 The Canadian gaming market looks set to represent a new found land of opportunity, not only for those who have braved the cold snap of recent recessions, but for the multinational entities setting sights north of the border.

Like many on the North American continent, the casino operators of Canada have endured rough times of late.

Regional regulatory differences, provincially controlled licences and a burgeoning US gaming market along the length of the border have all taken their toll.

An underperforming economic climate has done little to assist this, although things are starting to change. Official statistics show that in Q3 the nation’s GDP grew 4.9 percent on the same period last year, business investment up 9.4 percent to C$74.5bn and operating profits of Canadian enterprises up a massive 17.2 percent to C$100.5bn.

Additionally all aspects of Canadian tourism are on the up, with the province of Ontario the greatest growth area. Total non-residents visiting the country increased by more than 2.5m 2015-2016. Trips from the United States increased from 22m to 23.8m, and the total of those outside of the continent swelled from 5.4m to 6.2m.

The nation counts more than 100 casino properties, with the largest concentration of these being within the greater Ontario area. Operations had previously been handled by the centralised Ontario Lottery and Gaming Corporation (OLG), but amidst financial difficulties the body recently trusted some of its considerable portfolio to private hands, notable three properties in the area to Brookfield Business Partners and Great Canadian Gaming (GCB).

This move to private ownership, agreed with a paltry 70 percent revenue retention, was touted to bring the company’s some $72m profit per year as incentive to plow cash into the area.

The nation’s properties have been accused, and rightly so, of falling behind the curve when seen in relation to North American competitors and the recent adoption of baseline capitalist stimulus appears to be working.

Brookfield and GCB have outlined impressive plans for expansions, and Canada’s largest current operator, Gateway, is no different. The company was yet another benefactor of OLG’s property sell-off and is either embarking upon, or has announced upgrade plans for almost every property gained, not least a $140m build plan in London, Ontario.

A report by the Canadian Gaming Association (CGA) found that, in Canada, roughly two out of five, (37 percent) adults had gambled at a casino of slot gaming centre in the year prior, with roughly one in ten (12 percent) doing so on a weekly basis.

Far from a universal practice, the geographic disparity of Canadian provinces unsurprisingly brings result variation, half of adults surveyed said they had gambled in the past year in New Brunswick as opposed to only 21 percent of those in Novascotia.

In the more concentrated population centres however this is lessened. Ontario has the greatest share of recent gamblers, coming in at some 41 percent, whilst Quebec counts the lowest, only eight points down at 33 percent.

Such is reflected in the situation of investment projects throughout the country. International money flooding into Ontario and Vancouver in particular attempting to gain a slice of a particularly sweet pecuniary pie whilst the regional diaspora are left more to the services of regional tribal gaming institutions.

It is further reported that the millennial generation found the prospect of having a fun night out the key driver for casino participation as opposed to base level monetary gains. The growing establishment of much wider casino premises in the nation highlights a move towards this.

Whilst this focus on amenities and the wider experience is undeniable, gaming still accounted for 56 percent of all net spend per visit, with a mean of $205.60. This was dominated by play on slot machines and further hints at a profitable, if passing player as the key target area for operators.

Casino gaming and the patently obvious boost it gives to tourism has finally appeared high in the minds of the nation’s government and these concessions to private ownership as to boost the sector have begun to catch the eye of outside investors as much as internal.

Hard Rock International and Caesars Entertainment are but two of the internationally renowned operators looking to ramp up operations in a country where gaming visibility and uptake are both on the up.

Earlier this year, Florida-based Hard Rock International moved within touching distance of taking over gaming operations at the Rideau Carleton Raceway in Ottawa following a city committee vote on turning the property into a fully-fledged gaming destination.

The property has been previously approved 1,250 slot machines and 21 table games, and under the terms of the latest proposed agreement, Hard Rock will invest a hearty $320m into a new hotel and 13,000 sqm of gaming space to create an “electrifying, integrated entertainment destination.”