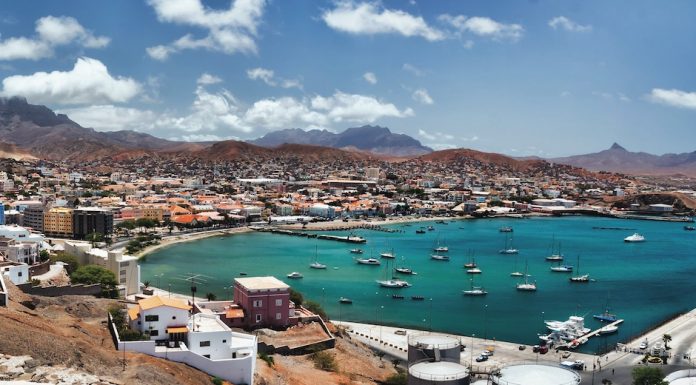 Tourism is set to become the major vehicle for economic development in Cape Verde, with the Portuguese speaking archipelago receiving 650,000 holidaymakers by the end of 2016, virgin territory for the country’s burgeoning casino resort industry suggests government consultant António Alegria.

While it remains a relatively young market, Cape Verde’s regulated industry is beginning to pick up pace twelve years after casino gambling was established in the country, with the official opening of the country’s first venue at the beginning of 2017.

The legislation establishing land-based gambling has been in force since 2005, following negotiations to allow casinos in five gambling zones on the islands of Santiago, Sal, São Vicente, Boa Vista and Maio, with concessions still available on the latter three.

Following a soft opening in December 2016, the first of these new venues, the E5m Casino Royal attached to the Hilton Hotel, opened on Sal Island this March.

The new casino has a 25- year concession, with a seven-year exclusivity period in the Sal Island gaming zone. A further E250m casino is also under construction in the capital, Praia, on Santiago island, after a licence was granted to David Chow, a Macau-based investor, who already runs an online gambling operation in the country under the Macau Legend brand.

“With a number of international routes connected to the rest of the world, [Cape Verde] is able to attract tourists from North Africa, West Africa, Europe, South America, Central America and the Caribbean, thereby creating a new market, especially with the trend that more and more Chinese are emigrating and investing in these places and this saves them from a long flight to Asia,” stated Chow in February 2016.

“While gambling is a relatively recent industry in Cape Verde, it is well-positioned to grow rapidly, with the start of online gambling operations and the opening of new casinos in the next five years, running parallel to the growth in hotel supply,” said António Alegria, a consultant in law and economics for Cape Verde’s Ministry of Tourism. “Gambling is part of the government’s wider strategy of enlarging the existing tourist offering and casinos are seen as significant components of this expansion.”

“The construction of casinos and their integration in the hotel space primarily targets visitors to Cape Verde on vacation, rather than the local population, who have low purchasing power.”

Allegria explained that the government aims to sustainably develop gambling activity in the archipelago by integrating it with the country’s wider tourist industry.

“The recently opened casino of Sal Island has an excellent range of features, offering a wide range of electronic and table games, such as roulette, blackjack and poker, as the nation’s first casino it serves as a reference and establishes a standard of quality for future units,” Alegria added. “Attractive and wellequipped casinos with a diverse gaming offering, alongside other tourism infrastructure such as accommodation, transportation, and food and beverage options will help guarantee persistent demand for the Cape Verde as a destination.”

Hotels in Cape Verde registered around four million overnight stays in 2016, with visitors mainly from Europe – the UK, Portugal, France, Germany, the Netherlands, Italy and Switzerland – this number grew by 13 percent over the previous year.

Currently, land-based casinos licences may be granted for up to 25 years, with concessions restricted to hotels and resorts with a rating of four stars or more, while online gambling licences last for three years.

The country’s regulator Cabo Verde General Gaming Inspectorate (IGJ) was created in August 2010, and has been overseeing the licensing process. However, there is talk that the government intends to merge the IGJ with the Cape Verde Tourism Institute, on the grounds that gambling is a component of the national tourism industry.

“It is not certain that this measure is actually the right fit for the reality of Cape Verde,” stated Alegria. “At present, the Tourism Institute is limited to providing a set of services focused almost exclusively on the commercial and financial side of the industry.

“Gambling activity is highly technical, and requires a strong regulatory framework with specific, targeted competences that also take social considerations in to account,” he contended. “That gambling should finance the development of the tourist industry makes economic sense, however the error in assuming that this can only be achieved by integrating both in the same operating framework becomes clear when we look at regulatory practices in other jurisdictions.

“A dedicated gambling regulator is better positioned to work with the banking and financial regulators, as well as the judicial and police authorities,” he concluded.