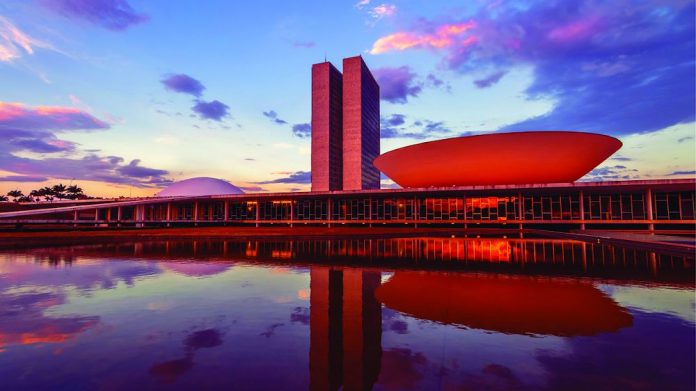 Brazil’s previously anti-gambling president Jair Bolsonaro is said to have warmed to the idea of casino legalisation, while an increasing number of legislators have lent their support to the proposal as a way of boosting tourism to the country.

Brazil’s president Jair Bolsonaro has reportedly shifted his stance on gambling and is now in favour of the legalisation of casino resorts, provided they are regulated at state level.

At the start of August, Bolsonaro met with tourism minister Marcelo Álvaro Antônio; the leader of the government, Vitor Hugo; and Newton Cardoso Jr, president of the Chamber of Deputies’ Tourism Commission.

“We met today with president Jair Bolsonaro and gave him a very special cheese from the Mantiqueira region, a gift from the former governor Newton Cardoso. We also discussed [key items on] the tourism agenda, such as the legalisation of gaming, [an issue] which has the support of the president,” Cardoso Jr stated in a Facebook post on 8 August.

A month earlier, Cardoso Jr met with the president of the Chamber of Deputies, Rodrigo Maia, and submitted a formal request asking him to expedite key pieces of tourism legislation, among them, the legalisation of land-based gambling.

“I’m particularly in favour of [the legalisation of gaming]. What we expect to see in terms of revenue, job creation, and investment in the country is extremely relevant right now,” Cardoso Jr stated earlier this year, adding that that IRs could be used to attract tourists to lesser known regions of the country.

This year has seen the case for legalisation gaining ground, with a number of Brazilian legislators speaking in favour of the idea.

Deputy Max Beltrão, the country’s former Tourism Minister, recently voiced his support for legalising land-based gambling, affirming the creation of casino resorts in the country would “help the economy and national tourism, and generate jobs for thousands of Brazilians”.

Beltrão characterised legalisation as “an old struggle for the national tourist industry”, and highlighted the need to shift the narrative away from the perception of gambling as an illegal activity. “We’re talking about the creation of a regulated gaming sector in Brazil, with tourist resorts, which pays its taxes, and has a clear regulatory framework,” he stated.

“We are fighting now so that the Brazilian [National] Congress will allow us to have casinos here, something that the modern world already enjoys and that we [also] want to have [here] in Rio,” said Crivella.

“We need people to invest, important people, to work together with us,” he added, speaking in English. Wiztel affirmed that he is personally overseeing regional lobbying efforts to legalise casinos, as part of plans to boost the state’s tourist economy. “We will approve the casinos in Rio de Janeiro later this year, and each state will regulate in its own way,” he explained.