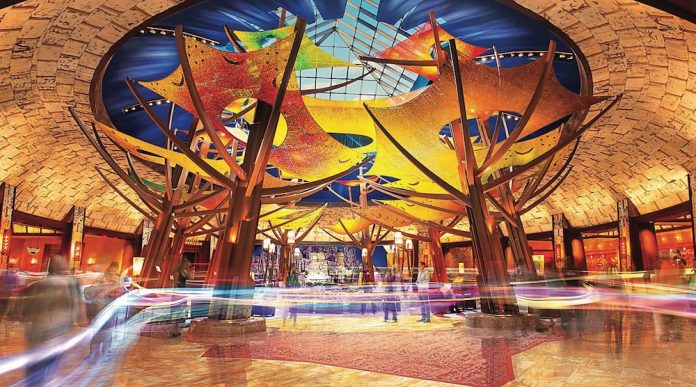 Report suggests that the Tribal sector has taken the top spot as the largest segment in the US gaming industry, following six successive years of revenue growth.

Casino City has announced the release of its yearly Indian Gaming Industry Report, and established that not only has the industry experienced its sixth successive year of revenue growth, but that it now occupies the largest segment of the US gaming industry.

The report represents a comprehensive study of the Indian gambling industry for the 2015 calendar year and was the undertaking of Dr Alan Meister, a principal economist at Nathan Associates Incorporated, who has produced the report for the past fifteen years.

Of the progression in the market he said: “Tribal gaming itself has proved to be a successful business, and one done so in the right way. Tribes over time have always strived to do things in a really good way, starting as smaller gaming, and bingo even, and then developing over time. Technologically, they have developed the facilities to the point where some are now on par with the best in the world.”

The headline finding is that of industry growth. Through research into historical perspectives and trends within the industry as well as up-to-date assessment of the market, the report has established that the Indian gaming industry experienced six consecutive years of growth and finally succeeded in surpassing its pre-recession expansion rates.

Although no singular driving force can solely be pointed to, Meister noted that the maturation of the market into one with an enhanced non-gaming sector was of particular pertinence.

“Tribes have learnt from a lot of the other industry that has been around for a while, and they have been adding a lot of non-gaming amenities to help develop their facilities,” he commented.

He added that the ability for such amenities to feedback into the core gaming revenue is a crucial aspect of the growth trends going forward.

“Casinos can now reach further distances by allowing for overnight stays, meaning people can spend more than a single day on site, spending money not just on gaming because they are there longer, but on the non-gaming. So that whole trend towards non-gaming is something that has absolutely been a big thing for tribes.”

Not only painting a picture of a market booming in uncertain economic times, the report highlights that it has now grown to the top of the entire US gaming industry. This has been felt across the breadth of the country, with overall gaming revenue generated by Indian gambling establishments increasing to 5.5 percent to reach $30.5bn, and all time high.

This represents an increase in a total of 24 states, with four states registering double-digit growth figures. Included in the report is breakdown of the state performance, wherein the top ten generated as much as 85 percent of total revenue.

California and Oklahoma rank first and second, and between them account for about 40 percent of all revenues, $7.9bn and $4.2bn respectively.

In Oklahoma growth has been continual even throughout the wider economic recession, something executive director of the Oklahoma Indian Gaming Association, Sheila Morago, puts down in part to a diversification offering in the state, as well as its optimal location.

“It was a combination of a few things, first of all we are surrounded by states that do not have gaming, or have very little. The largest casinos that we have in the state are on the borders, so we get a lot of out of state players here in Oklahoma.

“We are seeing a maturing of the market, it is not just about putting machines in. People are now focusing more on the amenities portion, we are seeing a lot of places with new hotels, for example.”

Whilst the sector has shown growth unbecoming of unfavourable economic situations Meister reaffirmed that Tribal gaming is, and will continue to be, intrinsically influenced by wider market conditions, and should in fact be a source of optimism.

“I think that one thing in the US, if you look at the economy, is that it has seen a slow growth following the recession, which is a positive in itself, but we haven’t seen a rebound, a strong growth that you often see when you see the economy over time.

“It seems to be stuck in the two-to-three percent growth for the last several years, so naturally there are going to be these ups and downs, and we are yet to see that big up period, which is positive post-recession, and bodes well for the economy in general, but most definitely for Indian gaming.”

Whilst Meister forecasts continued success for the Tribes, the great deal of regional disparity within the market makes sound predictions particularly troublesome.

When these are then coupled with the many legal, regulatory, and legislative issues the waters do tend to muddy somewhat, however, current trends and growth models all point towards a bright future for the now market leading sector.