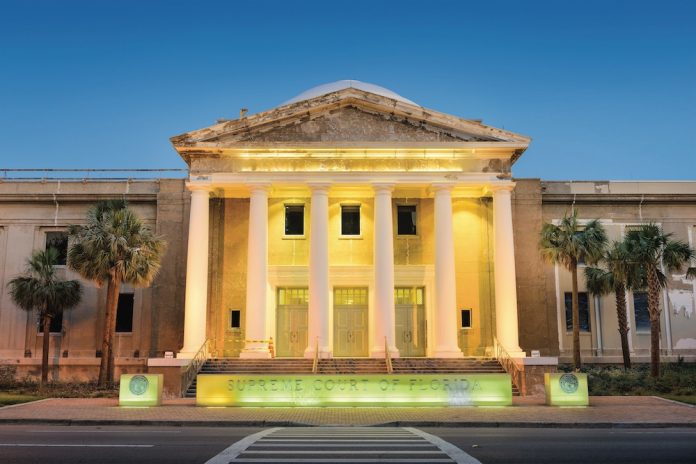 The casino operating Seminole Tribe of Florida is looking to a bright future following a judicial ruling making slots outside casinos illegal and a Senate denial of slot expansion in eight state counties.

The forecast is sunny down in Florida for the Seminole Tribe. Not only has the Hard Rock operator completed the landmark purchase of the former Trump Taj Mahal in New Jersey, but lobbyists for slots outside casinos in the state have recently suffered two legislative defeats.

Firstly, regarding the placement of gaming machines outside of casino premises, the Florida Supreme Court has unanimously ruled that state law does not permit counties to conduct referendums for the purpose of permitting slots within them.

At the time of the decision eight counties had wanted to hold such a referendum with the intention to increase the installations of slots at parimutuel racetracks, a hurdle which rendered gambling expansion bills dead in the water over the legislative season.

The attempt to circumvent state law had been brought forward by Gretna Racing, an enterprise of the Poarch band of Creek Indians, but the group saw the state’s highest court uphold an earlier decision from the Division of Parimutuel Wagering denying counties the ability to permit slots via referendum.

Whilst this does not constitute the halting of slot expansion in the Sunshine State it does put the ultimate decision regarding it firmly in the hands of the state government, a body with a much greater understanding of the existing gaming compacts and agreements in place.

In addition to this blow dealt to expansion, the amount of slots currently situated outside of casino premises are to be diminished, further allaying dilution of state gaming revenue.

In March, Florida judge John Cooper had ruled that pre-reveal slot machines machines were “not an illegal slot machine or gambling device” citing a belief that they didn’t constitute a game of chance. Such installations posed issues for those operating casinos in the state owing to their proliferation in bars and other venues.

However, the Seminole tribe warned that the units were in breach of its existing compact with the state, and if they continued operation, could potentially cost Florida billions in future revenue share payments. Following such assertions Cooper seemingly had a change of heart, stating that pre-reveal machines, which can be found throughout the state, were in fact illegal unregulated slot machines.

In the notable u-turn, he admitted he had got it “wrong the first time around,” owing to a lack of information about the intricacies of the machines, but stated his reversal had nothing to do with pressure from the Seminoles.

Any premises currently operating the machines will now be required to cease, while the manufacturer of the machines affirm that they will appeal the decision.

Such decisions represent notable wins for the tribe, which throughout the legislative season was opposed to the expansion of slot gaming outside of casino locations, a topic that ultimately scuttled talks.

As a further affirmation of the strength of the Seminoles, and the Hard Rock casino brand, two ratings agencies gave a strong thumbs up to the Broward County-based tribe’s bank debt and bonds which are being used to finance the expansion of its casinos in Hollywood and Tampa.

“The ratings upgrades, affirmations and strong new ratings are great news for the Seminole Tribe of Florida as we look toward a solid, stable future,” said Chairman Marcellus Osceola Jr. “It means our Tribal members, employees, customers, vendor partners and community residents can count on many good years ahead.”