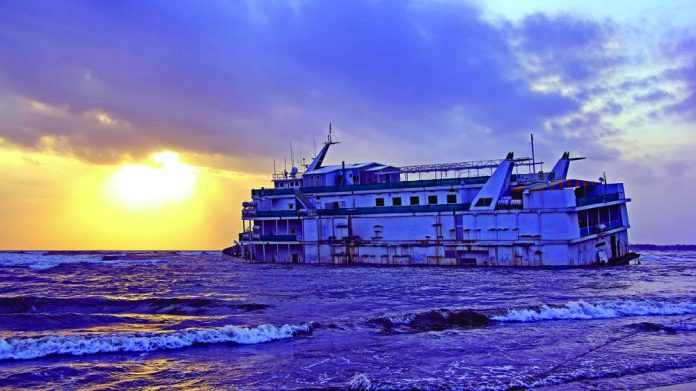 Having apparently abandoned what seemed to be its most feasible policy proposal in years, Goa’s government seems rudderless when it comes to putting together a coherent plan for the state’s casino industry, Edward Lowton observes.

Just when Goa’s casino operators thought it was safe to go back in the water. Speaking to Casino Review last year, industry insiders said they were confident that a move to a new “a land-based designated entertainment zone” near the new Mopa Airport on Goa’s northern border was on the cards.

The draft policy set out what would have been a significant shift for the state’s casinos, which analysts proposed had the potential to grow into a billion dollar industry with the move ashore.

At present casinos in Goa are only allowed to operate in five-star hotels – which are limited to offering electronic gaming machines – and floating casino vessels on the Mandovi river.

However the draft bill would have seen the state’s six offshore casinos moved to the new land-based entertainment zone, while the casino vessels would have been given leave to remain operating for a four year period – with the option for operators to obtain a further extension on this deadline – if they’d applied for a land-based licence.

Speaking to the media last November, Goa’s agriculture minister Vijai Sardesai said the government envisioned the creation of a casino strip in the state.

“The casinos housed in ships should be removed because it causes pollution and …[t]here should be a tourism circuit. This has always been our demand,” he stated.

The draft legislation was welcomed by Delta Corp, India’s only listed casino operator, which heralded the new policy direction as a potential “game changer” for the state’s gaming businesses.

“It would make sense politically because the chief minister has been asked by the people to get the ships moving out of the Mandovi,” explained Jaydev Mody, the company’s chairman, who added that the shift ashore would allow gaming operators much need room to expand to meet demand.

“[CM Parrikar] thought the best thing would be to keep it close to the new airport, so that the rest of the state does not get affected.

“The travel time is less, there is no traffic in the river and all the allegations on so many other aspects of being in the river goes away. It is a win-win for everybody, for the government, for the people and for the industry. It makes a lot of sense.”

Mody explained that, “subject to the new land policy coming in”, Delta Corp was planning to develop an integrated resort, which in addition to hotels and gaming, would include “a water park, …a lot of retail and a convention centre”.

“But all that depends on the casino policy and based on that, we structure our investment and our plan etc only after that,” he emphasised.

In a note on 5 August 2018, Union Gaming analyst Grant Govertsen reported that Delta had “purchased a large site near the already-under construction new airport” and was “well under way in terms of masterplanning the site with a world-renown gaming architect”.

The best laid plans… Following the death of Parrikar in mid-March, the government – under new chief minister Pramon Sawant – now appears to have abandoned this policy, and has fallen back on an earlier idea of shifting the floating casinos to a less controversial riverine location.

Out of four locations reported to have been floated, Aguada Bay – situated where the Mandovi river meets the sea near Goa’s capital Panaji – is said to be leading the pack as a possible new location for the casinos.

There’s a certain irony in the choice of location – Aguada Bay was where the MV Lucky Seven floating casino became stranded on a sandbar near the popular Miramar beach while being towed to its mooring point on the Mandovi back in 2017.

Operated by Golden Globe Hotels Pvt Ltd, the extensively refurbished vessel finally relaunched as Big Daddy Casino in May. Nevertheless, the symbolism of the floating casino stranded by the shifting political tides seems appropriate, given the government’s flip-flopping.

Meanwhile, in late July, Sawant stated that casinos may be permitted in the 223-acre designated commercial zone adjacent to the in-development Mopa airport after all.

However, this announcement came with a significant caveat; as the chief minister clarified that only airline passengers would be allowed to access to the airport casino facilities.

Despite the uncertainty plaguing the industry, revenue generated by the casinos continues to make a significant contribution to the state budget. In the last fiscal year, the six floating and nine land-based casinos contributed INR4.11bn ($57.7m) in taxes and fees to the government’s coffers.

In light of this, despite the prominent anti-gambling sentiment in the state, it’s difficult to see why the BJP-led government has decided to go back on Parrikar’s pragmatic draft policy, which had to potential to be a solid revenue-spinner while fulfilling the pledge to move the casinos out of the Mandovi.