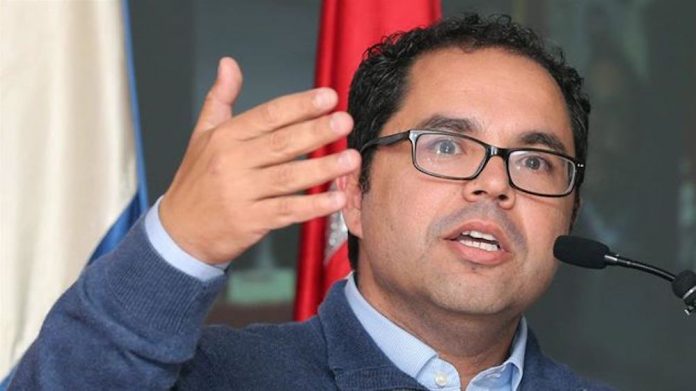 The Council of Tenerife is proceeding with the sale of the island’s three publicly-owned casinos but while the move has been welcomed by politicians across the political spectrum, it has met with staunch opposition from Podemos and the Spanish General Worker’s Union.

Speaking during a plenary section of the Council of Tenerife, the body’s president Carlos Alonso stated that the sale of the island’s three state-owned casinos represented the culmination of a council vote back in March 2012 which approved the regional government’s Plan for the Restructuring and Streamlining of the Public Enterprise Sector.

Alonso clarified that beyond the social issues connected to the casinos, the properties represent a significant financial risk for the Council, as illustrated during the 2008 crisis, when their level of debt and losses affected the government’s overall solvency.

The majority of the principal political parties on the island, including the Canarian Coalition (CC), the Spanish Socialist Workers’ Party (PSOE), and the People’s Party (PP) are in favour of the sale, however Podemos opposes it.

The spokesperson for the PP, Sebastián Ledesma, praised the council’s decision to divest itself of the properties. “The Council has to move away from publicly-owned businesses. The decision is the correct one. We should let the market freely regulate itself,” he explained.

PSOE councillor, Miguel Ángel Pérez, acknowledged that the government had guaranteed the job security of the casinos’ employees as part of the sale conditions. “They should have realised this divestiture a long time ago,” he added.

The tender specifications require the new operator to retain all 121 members of staff currently employed by the three properties for a period of at least two years.

Despite the political momentum behind the sale, the representative for Podemos, Fernando Sabaté, contended that the public ownership model permits the government to better regulate the island’s casino industry and helps avoid a scenario where the casinos could be “used for irregular economic activities”.

Following the publication of the tender on 24 September, companies interested in participating were given a window of 45 days to submit their initial applications. After these have undergone a legal and financial review, expected to take a month, the companies will then have a further four month period to submit their complete bids.

The starting price for Casinos de Tenerife is €24.9m. Bidders were additionally required to present a tourist investment project worth at least €4.5m for either Adeje, Puerto de la Cruz, or Santa Cruz, the three towns where the casinos are located.

This project must be developed within a four year timeframe and needs to be linked to the respective casino, although other tourist amenities may be included.

Although local politicians’ response to the sale has been largely positive, nevertheless it has generated controversy.

The Spanish General Worker’s Union (UGT) has strongly urged the local government to call off the tender, asserting that the privatisation of the casinos “is not justified under any circumstances” and launched a legal challenge against the sale in late October.

“The UGT’s legal services are working to stop what amounts to the robbery of the patrimony of the island’s  citizens,” said Gustavo Santana, the secretary general of the UGT in the Canary Islands.

“For our part, we will use all means available to us to defend what’s best for all the employees that work in the casinos, with the final objective that this disgraceful political decision will be reversed.”

He added that the UGT was disappointed that the CC and Alonso had found a political ally in the PSOE, adding that it was “embarrassing” that the socialist party had acted “behind the union’s back as an accomplice of the [political] right in a situation where hundreds of jobs are at risk”.

The trade union had earlier stated that the two year employment guarantee was “totally unacceptable” and “without a doubt, the prelude to a conflict”.

“It is not logical that the council has put Tenerife’s casinos on sale for a value of almost almost €25m, based on a price assessment that has not taken into consideration other variables which would significantly increase the value of the three casinos,”said a UGT spokesperson.