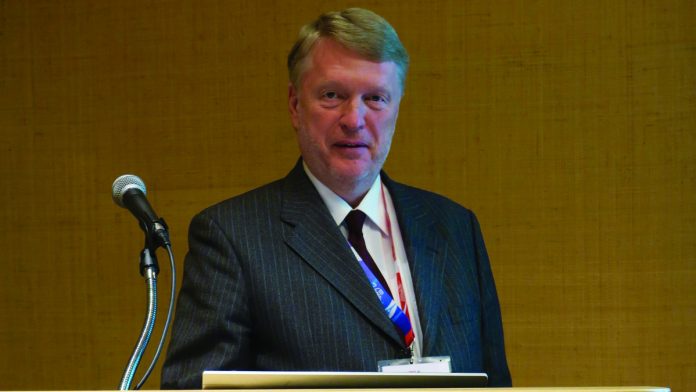 [dropcap]O[/dropcap]nce every three years, Las Vegas becomes the backdrop for the world’s most important scientific conference on gambling-related issues. This year, Casinos Austria director Dietmar Hoscher gave a speech in his capacity as vice president of the European Casino Association (ECA) on the certification of responsible gaming measures by independent bodies and experts.

Organised by the University of Las Vegas, the 2016 Conference on Gambling and Risk Taking took place in the Mirage Hotel on June 7-10. Experts and industry representatives convened for a series of presentations and panel discussions on current issues and the latest research findings.

A certificate issued by an independent certification body affords consumers the certainty that a casino’s responsible gaming measures and systems are reliable, reputable and based on the latest scientific findings

As Hoscher explained in his presentation, certification by an independent body offers major advantages to licensed casinos like the ECA member casinos. “A certificate issued by an independent certification body affords consumers the certainty that a casino’s responsible gaming measures and systems are reliable, reputable and based on the latest scientific findings,” he said.

The complicated regulatory situation in Europe means that it is not always easy for consumers to determine which operators take responsible gaming seriously and which only claim to do so. Gambling in Europe is regulated at national level, i.e. in the individual countries. Nonetheless, the gambling laws in EU Member States must be in conformity with ECJ case law. If this is the case, market restrictions and different licensing systems are permissible.

With the internet, in particular, it is often difficult to distinguish between a legal operator licensed in the respective consumer’s country, an operator with no licence in that country (but legal in its country of origin) or a totally unlicensed, illegal operator.