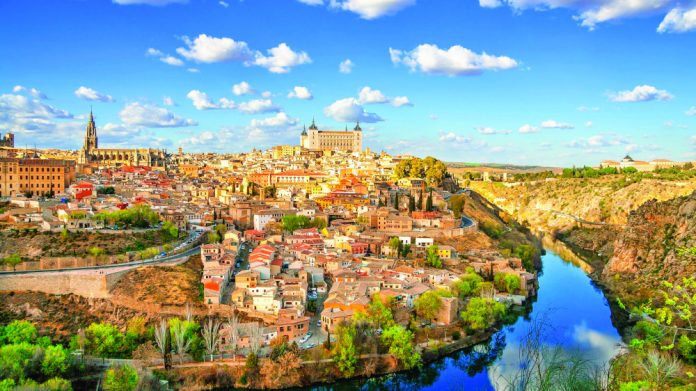 Opponents are concerned the autonomous community’s new gambling legislation will lead to a rise in costs for adult gaming centre operators who have already been badly impacted by COVID-19. However, Castilla- La Mancha is still rocking on.

Castilla-La Mancha’s new gaming law has generated controversy, with both politicians and industry stakeholders highlighting its potential impact on a sector which has already been hit hard by the coronavirus pandemic.

Juan Alfonso Ruiz Molina, the councillor for finance and public administration, said with its focus on protection of the vulnerable, the new law would “mark a before and after in terms of gaming regulation” in Castilla-La Mancha. He stated it will correct “anomalies in 2013’s legislation, which have led to the proliferation of gambling venues in the region”.

The statistic places the region amongst those with the highest concentration of gambling venues in relation to its population. While the average in Spain is eight gambling venues per 100,000 people, Castilla-La Mancha has nine.

The councillor noted that the new legislation aims the “balance the interests of this legal economy activity with the need to confront negative consequences arising from it which could affect the most vulnerable”.

The new law places restrictions on gambling advertising and limits sponsorship by operators. It establishes that gambling establishments must be situated a minimum distance of 150m from each other, and 300m from schools. It will also see the creation of a responsible gaming observatory which will be financed by the sector.

Ciudadanos deputy David Muñoz Zapata said that while his party backs the new law in principle, it does not wish to see gambling business forced to close as a result of the legislative change. “We’re going to extend the transition period by another year, so that small businesses have sufficient time to pay off the [required] investments following a year of pandemic,” he stated.

Addressing the new responsible gaming observatory, Rodríguez requested further details regarding its financing and said it should not be funded via an additional levy on operators. “We must consider …that any increase in the tax burden at a moment as complicated as the one companies are currently facing could have serious consequences and may lead businesses to close,” he cautioned.

Alejandro Landaluce, CEO of the Business Council for the Gaming Sector which represents around 65 percent of Castilla-La Mancha’s industry, said the new law would have negative consequences for adult gaming centres in the region.

“Instead of promoting effective measures to tackle problem gaming, they are taking decisions which are out of touch with the complex reality and its nuances,” he contended, adding that from a business perceptive the legislation would seriously impact a sector which accounts for 0.45 percent of the autonomous community’s GDP.

“There is between 0.2-0.3 percent of the population which is potentially at risk of problem gambling, with an age range from 18 to 75 years. That is the second lowest figure worldwide,” he explained. “Thus, taking into account the reality of the situation, one has to ask: why is the gambling sector being stigmatised?

“Our available data – which is the same data used by the government – is very clear; there is not a problem with underage gambling in gaming establishments in Castilla-La Mancha.”

While acknowledging that it has a higher than average number of gaming venues, Landaluce clarified that unlike other regions, Castilla-La Mancha does not have casinos. He instead defined the AGCs as ‘mini casinos’. “So it’s an erroneous comparison: they’re smaller businesses. …Thus its logical that there are a greater number of these establishments than is typical in other regions,” he elaborated.

Landaluce also highlighted that the geography of Castilla La Mancha is distinct from other regions of the country, hosting a number of smaller cities and towns, while the population is the least dense in all of Spain, a situation which has given rise to a greater number of gaming venues spread out across the region.

“The change in the law is going to directly impact business people in the region, which will lead to closures, in turn affecting a number of jobs.” Landaluce warned.