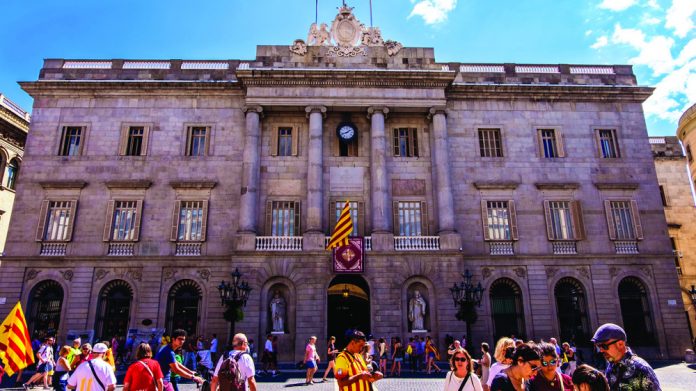 Officials emphasised that the government is simply acting in the role of intermediary and will transfer the land to Hard Rock International at no cost to the public. Nevertheless, commentators suggest that the Generalitat will still need to do more to speed up the authorisation process for the development if it is to meet its construction deadline.

In an attempt to expedite the Hard Rock Entertainment World integrated resort project which has been dogged by delays, the government of Catalonia has purchased the land on which the complex will be built.

The minister of Territory and Sustainability, Damià Calvet, confirmed that the Catalonian government has “exercised its option to buy” the land, near Vila-seca and Salou in Tarragona province, from Spanish bank La Caixa.

Speaking during a plenary session of the Generalitat, Calvet was responding to a question by Catalunya en Comú-Podem deputy David Cid.

A critic of the development, Cid questioned the government’s decision to spend “EUR120m to buy the La Caixa-owned land for a project which is theoretically a private investment”.

In a recent comment piece, gambling consultant Andrew Tottenham noted that “it is particularly hard to get politicians behind gambling initiatives” given that “there is very little upside for them”.

“The Hard Rock BCN World project in Tarragona, Spain, was first announced by the Catalan Government in 2012, and has since been hit by delay after delay. The political cycle has not been kind to this project,” he observed. “Seven years later, it is still in the early stages of the planning process.”

Hard Rock Entertainment World – previously known as BCN World and subsequently the Centre Recreatiu i Turístic de Vila-seca i Salou – has recently faced renewed criticism from Aturem BCN World, an activist group opposed to the project and environmentalist organisation GEPEC. Alongside this, both the left-wing Catalunya en Comú-Podem and the Popular Unity Candidacy (CUP) parties have called on the government to cancel the development.

Despite the criticism, Calvet sustained that the government is working to “create the conditions that allow for the development of this strategic project for the economy of the Costa Daurada”.

“This land will be made available to the winner of the licence tender for the casino, which was carried out transparently by the government, as is a matter of public record,” he asserted.

Calvet explained that the following the purchase of the land by Incasòl, Catalonia’s land development institute, it will then be transferred to Hard Rock, with the government simply acting as an intermediary.

“The casino licence holder will acquire the land via Incasòl,” he clarified, adding that the Generalitat “will not face any additional costs”. “There will not be any public expenditure for this project,” Calvet maintained.

In a similar vein, the president of the Government of Catalonia, Quim Torra, emphasised that the Hard Rock project will not cost “one euro of public money”.

In support of the development, Torra cited a report by Rovira i Virgili University which suggested that it will generate 12,000 new jobs and contribute EUR1.3bn to the local economy.

Josep Poblet, president of Tarragona Provincial Council, also welcomed the announcement. “It’s news we’ve been waiting a long time for and it confirms that everything is on track,” he stated.

“Now Hard Rock …can exercise its right to buy the land from Incàsol and develop its magnificent project, which has undergone notable improvements since the original version of BCN World.

“Hard Rock …will be the perfect complement [to PortAventura World] and will improve [the Costa Daurada] as a destination and contribute to the creation of further wealth and new jobs [for the region].”

Responding to critics of the project, Poblet underlined that it has already undergone two separate votes in the Generalitat. “There’s not another country in the world where the parliament has legislated twice on a tourism issue [of this nature],” he added. “At times people tend to gloss over the legal and administrative surety that’s granted to the winning company in a public tender.”

In May last year, the official gazette of the Catalan Ministry of Economy and Finance announced that it had granted formal approval for Hard Rock Entertainment World.

In the same month, the Department of Territory stated that Hard Rock would have a three-year timeframe for construction, over a year on and the government has yet to issue a building permit for the EUR2bn project.

“The Hard Rock brand has very positive connotations. There will be spaces for concerts, a commercial area, and hotels. This won’t be Las Vegas or Macau. A better point of comparison would be Singapore,” said Octavi Bono, the Generalitat’s director general of Tourism, speaking last year.