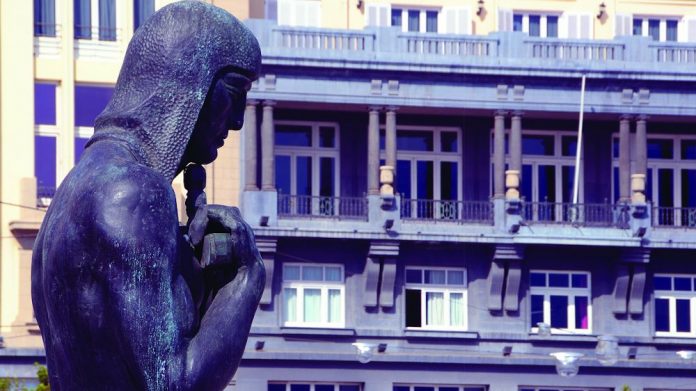 As the driving force behind the privatisation of Tenerife’s three publicly-owned casinos, the Canarian Coalition has been vocal in its criticism of the Spanish Socialist Workers’ Party’s decision to abandon the divestiture.

The regionalist Canarian Coalition has reacted angrily to the news that plans to privatise Tenerife’s three publicly-owned casinos have been abandoned by the island’s new government.

The party stated that the decision to call off the sale of Casino Playa de las Americas, Casino Santa Cruz de Tenerife, and Casino Puerto de la Cruz had undone “what we had been working towards over the last few years, reducing the number of publicly-owned companies on the island”.

The former president of the Island Council of Tenerife, Carlos Alonso Rodríguez, was the chief architect of the sale which marked the culmination of the regional government’s Plan for the Restructuring and Streamlining of the Public Enterprise Sector, first approved in March 2012.

However, a contentious change of government this July, which saw the Spanish Socialist Workers’ Party (PSOE) under Pedro Martín Domínguez take power, put the sale plans under renewed scrutiny.

Early in September, Aarón Afonso, the island director of Coordination and assistant to the council president, revealed only a single company had made a bid for the casinos. Back in November 2018, it had previously been reported that four companies – Global Casino Technology Corporation, Pama e Hijos, Olympic Entertainment Group, and Automáticos Canarias-Grupo Orenes – had applied to participate in the tender for the properties.

The Canarian Coalition accused the PSOE-led Island Council of using a “clause in the tender terms” which requires multiple bidders to move ahead with the privatisation as a pretext to abandon the process.

Under the terms of the tender for the three properties, prospective bidders were also required to present a tourist investment project worth at least EUR4.5m for either Adeje, Puerto de la Cruz, or Santa Cruz, the three cities where the casinos are located.

“The company which was willing to buy the casinos was obliged to realise a significant investment in the tourist sector based on the terms of the tender, but with the cancellation of the sale that money has been lost.

“We’re in a delicate moment for the tourist industry and to fail to take advantage of EUR4.5m for Puerto de la Cruz is an irresponsible act by the current administration,” the Canarian Coalition continued. “The situation regarding tourism is critical given the bankruptcy of Thomas Cook, the closure of Ryanair’s [aircraft and crew] bases, the situation with Norwegian Air, and Brexit, and due to a political whim we’re going to lose a EUR4.5m investment in the north of Tenerife.”

The news of the cancellation of the sale was welcomed by both the left-wing Podemos party and the Spanish General Worker’s Union (UGT) who have opposed the divestiture since it was first announced.

“UGT Canarias regrets that the [previous] government led by Carlos Alonso has wasted time and public resources in pursuit of [this] privatisation agenda,” Agustín Melián, president of the works council of Casinos de Tenerife said in a statement.

María José Belda, head of Sí Podemos Canarias, also lauded the cancellation of the tender. “It’s a victory and great news for the more than 150 Casinos de Tenerife employees and their families who can retain their jobs in publicly-owned company that is and will continue to be extremely profitable,” she stated.

In a strongly-worded statement at the start of September, the Canarian Coalition decried the decision as illogical and claimed it was simply intended to win the support of three councillors from Podemos.

“We’ve previously warned that Council was going to be held hostage by the far left and its populist politics,” the parted asserted. “It’s incongruous that the PSOE should decide to revisit the decision to sell the casinos, when they themselves formed part of it, given that they have participated in government for the past eight years. “[Taking this into account], it’s nonsensical that they should claim they are not in agreement with the decision, in light of the fact they already approved it.”

A previous proposal to privatise the island’s casinos was unveiled in May 2013, while Alonso was serving as Tourism Minister.

While the council moved forward with these plans in 2014, holding a licence tender for Casino Playa de Las Americas, the property failed to attract any bidders, and the sale similarly met with strong resistance from opposition politicians and union officials.

“The sale of the casinos was not only going to benefit Puerto de la Cruz, it also represents the loss of an important investment in socio-health care, given that the profit generated by the sale was going to be invested in the type of public infrastructure,” the Canarian Coalition concluded.