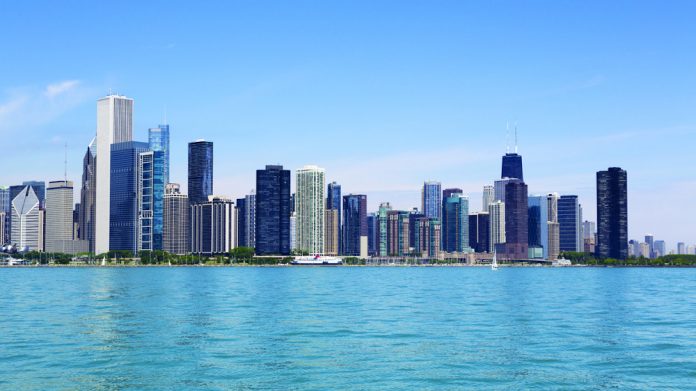 If Chicago is to see a dime in taxes from a city-based casino, something’s got to give. It could be a move to a more central location, or it could be a change to legislation in November – but if neither happens, Chicago’s casino plans will remain unfinished.

After years of missing the mark, Chicago, Illinois, seemed set for a casino this spring when lawmakers approved a massive gaming expansion for the state, but still, conditions for operators in the Windy City remain inhospitable.

According to a study from Union Gaming Analytics, a heavy tax burden from both the city and the state would leave any potential suitors too shy to invest in any of Chi-town’s proposed sites, meaning its new Mayor, Lori Lightfoot, may have to go back to the drawing board to strike a new deal.

Currently, in addition to the city’s 33 percent tax rate, any would-be Chicago casino operator also would have to pay a $250,000 application fee upfront, a $15m “reconciliation” fee when the license is issued and up to $120m in gambling position fees, which cost $30,000 each.

After three years, the casino would have to pay a fee equal to 75 percent of its post-payout revenue from its most profitable 12-month period, minus the fees paid upfront per gaming position.

Chicago’s chances of getting its casino may hinge on whether the city itself or the Illinois taxman -or both – is willing to take a smaller piece of the pie, and whether supporters of the project can gather enough voters to change the legislation that was hastily put together at the tail end of the General Assembly’s spring session.

Taxes from the proposed site are supposed to fund a “Rebuild Illinois” infrastructure program which will cost $45bn, but it’s clear the state won’t see a dime if those taxes are so high they scare away potential operators.

Lightfoot, along with many of her colleagues, has hinted that returning to the gambling legislation drawing board is a possibility, however other politicians in the state have said it’s “a little too early” to talk about renegotiation. Instead, Chicago should look at relocation, explained State Senator Terry Link.

“The last thing I’m ever going to do is to tell the city of Chicago what to do in their location,” he said. “But I think if you were putting it in a survey – and you don’t have to specify the exact location, but if you put Navy Pier, McCormick Place, the Loop – you know, just throw some of those areas in and then did a study on it, I think you’d see different results.”

The Union Gaming study agreed with Link, stating that none of the city’s suggest sites are feasible given the “very onerous” tax structure set up in the law.

Despite this bleak view, Link argued it wouldn’t be enough to scare away all potential investors, believing “that if a [request for proposals] was out, [the city would] still see a lot of developers want to go there”.

This certainly might be the case if the casino was located centrally, with Union Gaming determining that a “tourist-centric” casino could eventually pull in $1.15bn in annual gross revenue. However, the study also sets out a warning to the city not to expect tourists to flock to Chicago as they do the gambling destinations of Las Vegas and Atlantic City.

If not a location change for the proposed Chicago casino, a change to the taxes it would have to pay could be on the agenda in the fall session.

This will open up the bill to adjustments from other interested parties, meaning additional benefits may need to be given away in order to gather enough support for changes that would make the Chicago casino more attractive to developers. “We have to understand this is a big state,” said Senate President John Cullerton.

“We’ve got casinos down in deep southern Illinois, on the Kentucky border, and now on the Wisconsin border. And so, anything we do, we need to get people to vote for.

So there’s always been an issue about Chicago getting any special deal. But the point is, that’s where most of the money would be generated. So, we just have to compromise.”

Aside from lowering the city’s 33.3 percent share of the revenue, as suggested by Link, any changes could end up giving Chicago special privileges over its neighbours, who are traditionally reluctant to give Chicago an ‘easy ride’.

Tom Swoik, executive director of the Illinois Casino Gaming Association, suggested that a potential solution would be to lower or eliminate the 75 percent fee due after three years for everyone, adding that the retroactive payment is “just totally uncalled for”.

While mutually beneficial solutions such as this could see a renovated bill come together, existing casino owners as well as the state’s horse racing industry – which is very happy with the current bill – will no doubt be resisting any change against them in favour of Chicago.

As it stands, the ball is currently in Mayor Lightfoot’s court; will she concede on her campaign promise to boost the cities poorer neighbourhoods, or will she try her hand at negotiating a new deal under difficult circumstances? Either way, to make the Chicago casino dream a reality, something’s got to give.