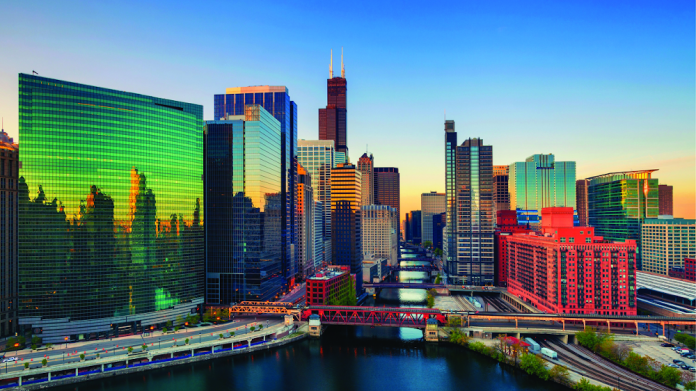 Gaming regulators in the Prairie State are pushing ahead with plans for six new casino licences, and recently selected Union Gaming Analytics to carry out a feasibility study for a new gaming venue in Chicago.

The Illinois Gaming Board has selected a Las Vegasbased firm to study the feasibility of a casino in Chicago, taking the first step toward hosting a gambling venue in the Windy City.

Investment bank and advisory firm Union Gaming Analytics was selected for the $90,000 contract from among three bids, two of which were disqualified because they submitted after the application deadline, the gaming board announced 12 July.

The company now has until 12 August to submit its study, assessing the financial potential of a city casino and possible locations, to the gaming board, state governor J.B. Pritzker, and Chicago mayor Lori Lightfoot.

Ninety days after that, around mid-November, the board and city officials are expected to present any modifications to the casino licensing process which would need to be approved with a trailer bill in the state legislature.

Following this, the IGB can begin accepting applications for the Chicago licence, which will cost up to $135m in fees.

There are currently 10 casinos in Illinois but the passage of Senate Bill 690 on 28 June, opens the door for six further licences, the addition of slot machines and table games at horse tracks, and the legalisation of sports betting statewide.

The selection of Union Gaming came four days after the law’s deadline for choosing a consultant, with media speculation that this could be an an early indication that it may take some time to implement the full range of gambling options outlined in the new law.

The five-member Gaming Board – currently with two open seats awaiting appointments by Pritzker – has to evaluate applications, conduct background checks and approve licences for all the new betting options.

Moving outside Chicago, the other four new licences will be situation in Danville, Waukegan, Rockford, and in Williamson County. The remaining casino concession will be located in one of six Cook County townships: Bloom, Bremen, Calumet, Rich, Thornton or Worth.

As outlined in the new law, the casino in Chicago will have up to 4,000 gaming positions, some of which can also be used to place slot machines at O’Hare International and Midway airports.

Alongside this, each of the new and existing casinos will be allowed up to 2,000 gaming positions, with the exception of the Williamson County location, which is allowed 1,200, the previous cap for all casinos. Horse racing tracks will also be allowed 1,200 seats.

Bidders for the other five casino licences have until late October to submit an application to the IGB. In Rockford, an impact study to identify a location also has to be conducted.

Following this the regulator has a year to review applications and conduct the relevant background checks prior to issuing the new licences.