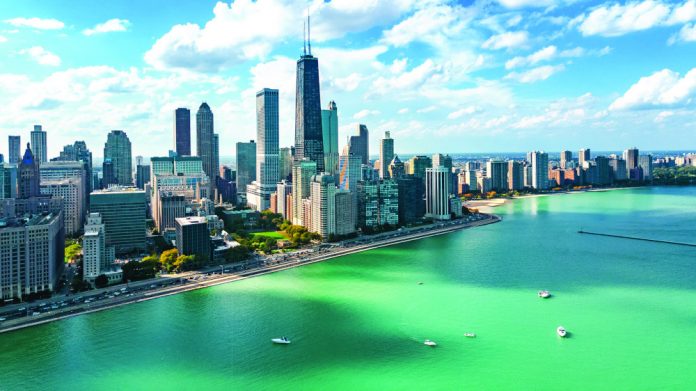 Rush Street Gaming and Bally’s each presented two proposals, while Hard Rock International put forward a single project. Chicago mayor Lori Lightfoot said she aims to send a final list of recommendations to the Illinois Gaming Board in Q1 2022.

Chicago received five proposals from three gaming operators competing to run the Windy City’s new casino. Mayor Lori Lightfoot said she is “very excited” by the bids and aims to send a “final list to recommend” to the Illinois Gaming Board “sometime in the first quarter” of next year.

“We’re very, very interested in moving this process along as expeditiously as possible because, as you know, the revenue from that casino will fund our police and fire pensions and no time [like] the present for that,” Lightfoot stated.

Rush Street Gaming and Bally’s each presented two proposals, while Hard Rock International put forward a single project. “There’s a large consideration of this project will be the overall economic and financial impact that’s brought to the city,” said Jennie Huang Bennett, City of Chicago CFO.

The Rhode Island-based operator’s projects are the largest of those presented, with 3,400 slots machines proposed at both locations; one along the river by Chicago Avenue and the other south of McCormick Place.

“While I am open to the goals of using this new revenue stream to help Chicago deal with its overwhelming fiscal responsibilities, it should not be done at the expense of our communities, especially marginalised ones,” said alderman Sophia King.

Bally’s entered the Illinois market in June with the $120m acquisition of Jumer’s Casino and Hotel in Rock Island, which it rebranded as Bally’s Quad Cities.

Chicago-based Rush Street Gaming has teamed up with two developers on separate casino proposals. The first of these would see Rush Street partner with Farpoint Development to redevelop the Lakeside Center at McCormick Place.

The 50-year-old Lakeside Center has 583,000 sq ft of exhibit space. Rush Street’s $1bn plan would create a casino floor of up to 300,000 sq ft, with the rest of the space given over to food and beverage options, together with entertainment spaces.

Farpoint would be seeking a 99- year lease with the Metropolitan Pier and Exposition Authority. The reuse of an existing convention hall would allow the project to open ahead of competing proposals which require new buildings, said Scott Goodman, founding principal of Farpoint Development. “We don’t have to build a temporary casino,” he explained. “And we can add hotel rooms, if desired, but there’s 2,900 hotel rooms that already exist on day one.”

Separately, Rush Street is working with Related Midwest on a proposed casino at The 78, a 62-acre megadevelopment in the South Loop.

This casino would anchor an entertainment district on the north end of the development, said Midwest president Curt Bailey. Further details of the proposal, including the budget, have not been announced. Nevertheless, Related Midwest, which owns the site, is positioned to move quickly, Bailey confirmed.

Hard Rock’s plan would form part of the proposed One Central development. However, for the wider One Central project to move forward, its developer Landmark Development would need to obtain $6.5bn in state financing over 20 years.

In 2019, Illinois governor J.B. Pritzker’s gave the state authority to enter into negotiations with the developer, but there has been progress on the issue. Early this year, Pritzker spokeswoman Emily Bittner said the administration was focused on pandemic recovery and noted it would be “a challenge for any state to provide the significant amount this developer is seeking”.