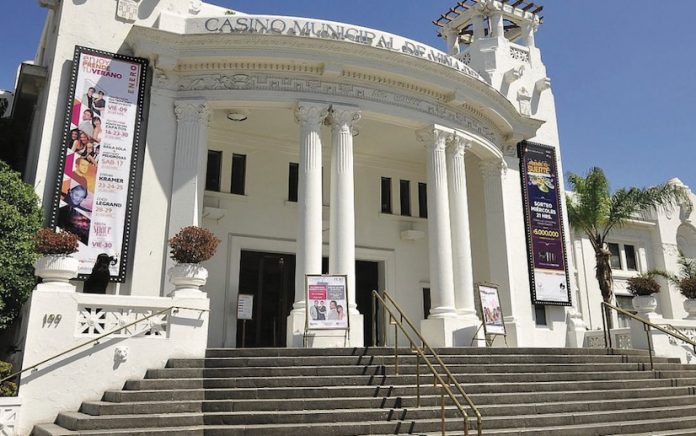 In the coming days, the Chilean Supreme Court will define the way forward in the convoluted tender for the country’s seven municipal casino licences, a process that after more than a year of delay is causing conflict between operators and the authorities.

Delays over the tender for the seven municipal casino licences are provoking a furore amongst the major players in the country’s industry after the Chilean regulator, Superintendencia de Casinos de Juego (SCJ) published a circular which in effect extends the licences of the current municipal casino operators.

In February, the SCJ issued Circular No. 84 which confirms that the municipal casinos in the cities of Arica, Iquique, Coquimbo, Viña Del Mar, Pucón, Puerto Varas and Natales, whose revenues make up nearly a third of the Chilean industry, will remain open until the new operators are ready to take over.

While the statement confirms that the legislation governing casinos, Law Number 19.995, sets a deadline of 31 December 2017 for the municipal governments and the current licence holders to agree on new contracts and extensions, according to the SJC, this date is not a deadline for the new casinos to be operational.

It could provide the SJC some breathing room when it comes to the process of granting new licences which has suffered a number of delays and setbacks.

While Chile’s 2005 gaming law allowed for the construction of eighteen additional casinos, the seven municipal casinos which were already in operation before 2005 were facing an uncertain future, with their licences due to expire in December 2015.

However the local administrations in the seven municipalities organised a high profile media campaign to ensure that their cities did not lose out on the gaming tax revenue, which represented around 20 to 40 per cent of their total annual revenue. As a result of this the government amended Chile’s gaming law in 2015, granting a licence extension until the end of 2017.

At present, Chilean operator, Sun Dreams, holds the concession for two venues in the cities of Puerto Varas and Iquique, however the company has criticised the SCJ’s handling of the tender process.

“The municipal permit process should have been a high-level process, but it went from being a tremendous opportunity to a questionable one,” said Patricio Herman, director of gaming business for Sun Dreams.

“The rules on which it is based, the regulation and its bases are not as rigorous as we would have hoped for a process of this magnitude.

“This is clearly highlighted by the judicial situations that we’re seeing now.” Following an extraordinary meeting of its board, fellow operator Marina Del Sol has issued a statement arguing that operators already established in the municipal casinos have been given an unfair advantage by the SJC:

“2015’s Law 20.856, was created as part of the search for a solution to allow for the municipal casinos to remain in the same communities they currently operate in.

This process should have taken place between 2013/2014 and the fact that it was extended for two years allowed a competitive advantage for the operators of these businesses, which gave them concrete and measurable benefits of millions of dollars,” the company said.

“However the new law, at least, established fixed time limits for the companies operating municipal casinos, that cannot extend beyond December 31, 2017.”

The company criticised the former head of the SCJ, Daniel Garcia Fernandes: “The former Superintendent, on his last day in post, issued Circular 84, which in practice extends indefinitely and abnormally the duration of these businesses, which are not subject to a competitive, informed and transparent regime.

“This extension produces, for the favoured few stakeholders, net incomes that could reach many tens of millions of dollars.” The company has also requested that Chile’s securities and insurance regulator (SVS) investigate the situation, looking into a sudden six percent rise in the share price of competitor Enjoy – operator of the highest earning municipal casino Viña Del Mar – which coincided with the SCJ’s circular.

Marina Del Sol called upon the new head of the SCJ, Vivien Villagran, to examine “the situation with speed and seriousness.”

The SCJ has issued a statement clarifying that the decision to suspend the tender – originally scheduled to take place on 4 November – was made while the Santiago Appeals Court considers a number of motions put forward by companies involved in the process and will resume once the court has made its decision.

In a writ of amparo – a motion for the protection of their constitutional rights – the companies have argued that the demands put on operators applying for the casino licences are excessive and would make the businesses unprofitable.