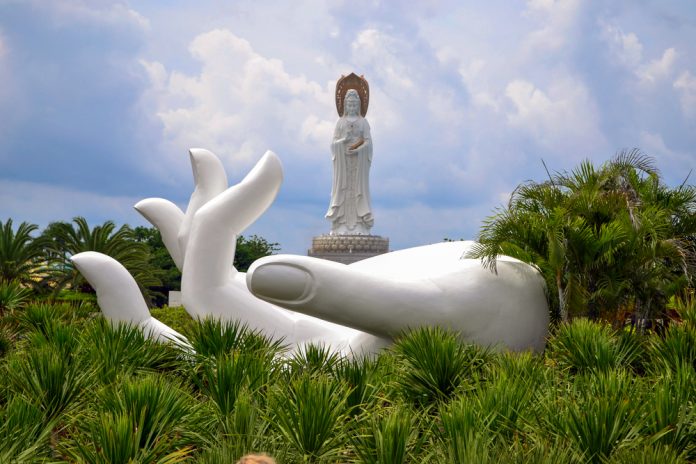 There has been speculation that China is mulling over allowing online gaming, a lottery or sports betting in Hainan following media reports.

While the proposal is reportedly still in an early stage, it has been suggested that it could open the door for the development of land-based casinos in the long term.

The unnamed sources cited in the media did not comment on what laws would need to change or provided the timeframe for implementation.

The proposal forms part of a wider plan that includes relaxing visa rules and building a new airport to draw more foreign tourists to Hainan as the province faces a fiscal deficit.

“If the model developed in Macau is tapped, then tourism and entertainment industries may be boosted along with gambling,” said Wendy Liu, a Shanghai-based analyst with UOB Kay Hian Investment Co.

Back in 2009, the State Council encouraged Hainan to “explore a betting-type sports lottery” as part of guidelines to turn it into an international tourism destination.

In a report published on 13 February, Fitch Ratings stated that the “proposal to introduce online gaming on Hainan Island” does not “pose any imminent threat” to Macau’s sovereign rating profile, adding that Macau would “remain the only Chinese territory able to operate physical casinos”.

“A challenge to Macau’s economic model could potentially emerge over the longer term should China revise existing criminal laws that prohibit most forms of gambling in the mainland, or if other emerging gaming destinations in Asia were to gain significant favour among Chinese tourists.”

“Even in such a scenario, Fitch would expect this to occur gradually, which would provide the authorities time to respond with policy measures such as expenditure cuts or budget amendments.”

While the Chinese government might seek to stem capital outflow to Chinese- facing casino resorts in Vietnam, Cambodia, and Australia in the future, industry commentators have suggested that paradoxically, Hainan’s strong tourism industry may make it less likely to be chosen as a new gambling hub.

They contend that given the potential boost to local economy, if China did decide to legalise gambling outside Macau, it would most likely be in a less developed, economically lagging region.

However, if enacted, the Hainan plan would mark a dramatic shift in China’s approach toward gambling. Macau has been shifting to attract Chinese tourists and families to the territory, which is the same market that Hainan currently draws.

The island has been dubbed the “Hawaii of China,” thanks to its existing resort industry, while government officials have stated that Hainan welcomed more than 60 million tourists in 2016, a rise of around 13 percent year-on-year.