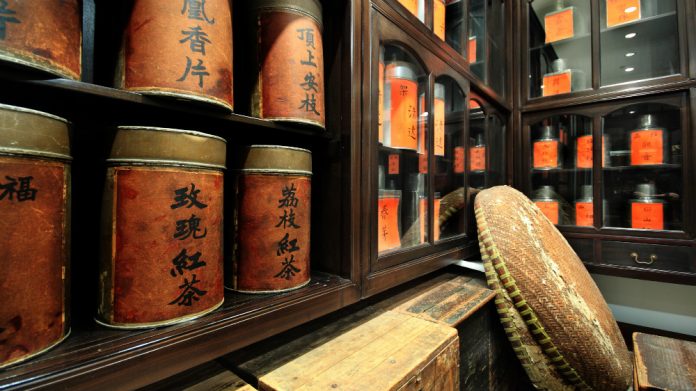 The arrests of 18 Crown Resorts employees suspected of recruiting gamblers from mainland China has sent shockwaves through the Asia Pacific casino industry. As analysts, execs and investors grapple with the implications, could this be the start of a VIP renaissance in Macau?

[dropcap]W[/dropcap]hen the news broke that 18 employees of Crown Resorts had been arrested by Chinese authorities in a series of overnight raids, gambling stocks all over the Asia Pacific region began to shudder.

Believed to be another episode in Beijing’s crusade against corruption, the arrests made 14 October included three senior Australian Crown executives suspected of luring Chinese VIPs to gamble in overseas casinos –  a practice that has been outlawed since 2014.

After a weekend of uncertainty, a statement from Crown confirmed only that “Jason O’Connor, the head of Crown’s VIP International team, is one of 18 Crown employees being questioned by Chinese authorities” and that it was “working closely with the [Australian] Department of Foreign Affairs and Trade to urgently make contact with and ascertain the welfare of its employees.”

Later company chairman and majority shareholder James Packer said that he was “deeply concerned,” but added: “I am respectful that these detentions have occurred in another country and are therefore subject to their sovereign rules and investigative processes.”

Several other casino companies began quietly withdrawing personnel from China and by Monday evening Asia Pacific casino stocks had been cut by an aggregate of 2.8 percent. Crown’s share price sunk 14 percent on that first day of trading – the sharpest one day fall in the company’s history – and soon after the contagion was hitting valuations of its rivals several thousand miles apart. By the close of play, Australian casino groups, Star Entertainment and Sky City, saw their shares drop more than 3.5 percent a piece, while Hong Kong-listed peers Galaxy Entertainment Group and Sands China had fallen by 4.3 and 3.3 respectively.

The incident and the speed at which shareholders moved to sell off their equities has served as a stark reminder of the wider industry’s dependence on the Chinese market, and its exposure to the associated regulatory risk.

The brokerage group CLSA estimates that Chinese gamblers contribute 80 percent of revenues in Macau, 60 percent in South Korea, 30 percent in Singapore and 15 percent in Australia. VIPs alone are believed to account for around half of all gambling revenues in Asia.

Most of these markets have been down since China began its programme of stemming outflows of capital to foreign casinos, and efforts have been made to diversify and wean themselves off highroller revenue.

Australia has been an exception in this respect. With Beijing’s eye fixed on jurisdictions closer to home, Australia’s VIP has actually risen by some 35 percent in the last two years – a large portion of which has been driven by recruiting VIPs directly. Subsequently it is the Australian casino groups that have fared worse in the markets.

“We have put additional resources into VIP international marketing over the last year,” Crown said in its annual report. ”That has helped deliver strong growth in VIP program play turnover of 41.8 percent.” Advisers at the Macquarie Group estimate that Crown had come to rely on direct marketing for 35 percent of its VIP revenues, “with ‘at-risk’ EBITDA of [about] 4 per cent of Crown’s total.”

Star Entertainment’s CEO Matt Bekier canceled a scheduled trip to Hong Kong and Macau shortly after the arrests, later telling shareholders “the potential impact on revenue is not clear at this point given the limited information available.” He added that VIPs deliver “less than 30 percent” of its revenues – with 80 percent of that derived from VIP junkets.

Australia and New Zealand-based casino company SkyCity Entertainment conceded that it too was likely to be adversely hit by the arrests.

By the end of October shares in the Australasian groups were still heading south: Crown was down by 17.4 percent since the date of the arrests; SkyCity and Star were down 17.8 percent and 15.5 percent respectively. Although, as analysts at Deutsche Bank point out, this suggests the market is pricing in a 70 percent reduction in VIP turnover and a 100 percent decline in Chinese VIPs – a projection which they view as “excessive.”

It later transpired that Chinese officials had managed to access Crown’s customer database from devices seized in the original raids. 87 of these customers were then questioned by the authorities leading to ten more arrests of Chinese nationals also employed by Crown and suspected of direct marketing. The report claimed Crown’s customers were “furious” that their details had ended up in the hands of the state officials.

While the incident is bound to affect the marketing practices and business models of foreign casino groups going forward, how the VIPs themselves react could yet prove more significant.

While directly marketing for resorts and tourism services in mainland China is a legal grey area, China’s stance on foreign casinos fishing specifically for gamblers is more than explicit. In an indication of its resolve, a top ranking director in the Ministry of Public Security described it as “the greatest danger to our nation and the Chinese people.”

Hua Jingfeng explained in February last year that the resultant capital outflows leave many companies with black holes in their balance sheets. Such chain reactions of insolvency “cause severe influence on the economic safety and social stability to our country,” he said.

In the immediate aftermath several observers had fretted that the Crown arrests represent a “reacceleration” of President Xi’s drive against corruption, predicting that “Macau’s VIP and premium mass market will dive over the next several months.”

Cooler heads believed China has not been so heavy handed, and indeed far more considered, and instrumental in which firms it was targeting. “It’s interesting to note that the crackdown so far has been limited to ‘foreign’ casinos while there haven’t been any cases involving Macau casinos, which are, effectively, ‘local’,” said analysts at JP Morgan Securities.

“Thus, we cautiously view that the government may be mainly targeting non-Chinese casinos’ efforts to attract Chinese gamblers which, in turn, could leave junkets or Macau casinos largely unaffected.”

Others have been more bullish still. With foreign casinos in the spotlight and recoiling operations from mainland China, they increase their reliance on using Macau’s junkets to attract VIPs. High-rollers too, turned off by the idea of having their details leaked to the authorities, may well be returning to the relative predictability of Macau. While Australian casino shares have tumbled through the second half of October, after an initial market wobble valuations at Macau’s largest operators have rallied by an almost inverse degree.

“Although Beijing has been clamping down on corruption which has affected Macau, I don’t think their intention is to stop VIPs gambling completely, just reign it in. Once they’ve got control they’re likely to open the tap a bit.”

If there is a change of tack in the state’s approach to VIP gamblers, Wade suspects it’s a more relaxed one in regards to Macau – if not a deliberate redirecting of VIPs back, closer to home.

“They clearly don’t want those people going to other jurisdictions,” she added. “They’re trying to encourage them not to go elsewhere, because if they want them to go anywhere, they want them to go to Macau where they can keep an eye on them. So potentially it’s good news. Certainly VIPs picked up in the last couple of weeks in Macau.”

Wade also suggested that while junkets in Macau may be negatively affected but the news, it could equally result in a spike in demand for their services. She was wary however in concluding that the recent jump in VIP revenue was a direct consequence of the arrests.

“It’s difficult to say, because you just don’t know if it’s the same people or not. It could well be the fact you’ve got the two new resorts open,” Wade tempered. “But of course they want to channel revenues back to their own jurisdictions. It could well be all part of their grand plan.”