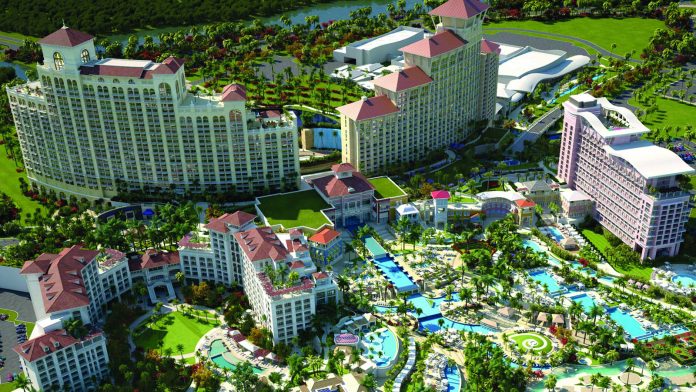 Hope could be on the horizon for Bahamian ghost-resort Baha Mar after a Chinese firm has shown interest in buying the unfinished $3.5bn project.

But this month, after weeks of opaque statements from the Bahamian government, Chinese company Chow Tai Fook Enterprises (CTFE) – of which Hong Kong dynasty, the Cheng family, are the major shareholder – has declared its interest in taking on Baha Mar.

“Chow Tai Fook Enterprises Limited is pleased to announce that it has entered into negotiations in connection with the ownership of Baha Mar,” stated  the firm in a press release.

“CTFE has applied to the Government of The Bahamas for approval as a proposed investor and acquirer of the Baha Mar Resort, by way of acquisition of Perfect Luck Assets.”

The company has dismissed allegations by former Baha Mar director, Dionisio D’Aguilar, who claimed that the Cheng family had been denied gaming licences by US state regulators in Nevada and New Jersey, “for simply being unsuitable and unacceptable,” stating that neither CTFE nor its principals had ever applied for a US casino licence.

D’Aguilar is a key ally of Baha Mar’s original developer, Sarkis Izmirlian, and is currently representing the political party FNM as a candidate for Montagu in the upcoming general election.

In addition to this claim, CTFE has categorically denied that Stanley Ho Hung Sun – dubbed the “The King of Gambling,” reflecting the 40-year government-granted monopoly he held on Macau’s gaming industry – is involved in the proposed purchase of Baha Mar.

As a company, we are committed to integrity and good governance in all of our business operations worldwide.

“In addition, the Cheng family’s role in the Macau casino is strictly as an investor, with no involvement in day-to-day management of the casino or oversight of the gaming industry in Macau.

“As a company, we are committed to integrity and good governance in all of our business operations worldwide. There will be no affiliation on this project with STDM or SJM.

D’Aguilar’s allegations appear to derive from a 2009 report by the US state of New Jersey’s gaming enforcement division, concerning a proposed Macau casino joint venture between MGM Mirage and Stanley Ho’s daughter, Pansy.

This report focused on concerns that Macau’s VIP gaming rooms were vulnerable to exploitation by Chinese Triads, however, while the New Jersey regulator’s report made adverse findings against Ho, characterising him as “unsuitable,” no such conclusions were made about the Cheng family or their companies.

The Hong Kong conglomerate has yet to reveal any details of its plans for Baha Mar’s casino operations, however it has stated that it is in discussions with hotel brands previously involved in the Baha Mar project, including Hyatt and SLS Hotels and intends to re-engage its subsidiary, Rosewood Hotel Group.

In contrast to the original development, CTFE has also commented to local media that it plans for a phased opening.

Barbados’ tourism minister, Obie Wilchcombe, was part of a delegation that flew to Hong Kong in December to meet with CTFE and view their operations.

“They have major brands under their company, so we were very enthused by that,” said Wilchcombe. “Of course we will do our due diligence to ensure whatever decisions are made, are made in the interest of not only the Bahamas and Bahamian people but also the integrity of the Bahamian gaming jurisdiction.”

The Caribbean archipelago’s upmarket hotels, shops and casinos lure around 24,000 UK tourists every year and Bahamian officials had previously been counting on the development to invigorate the tourist economy.

The resort’s former developers claimed Baha Mar could single-handedly generate 12 percent of the country’s GDP, provided it ever opens.