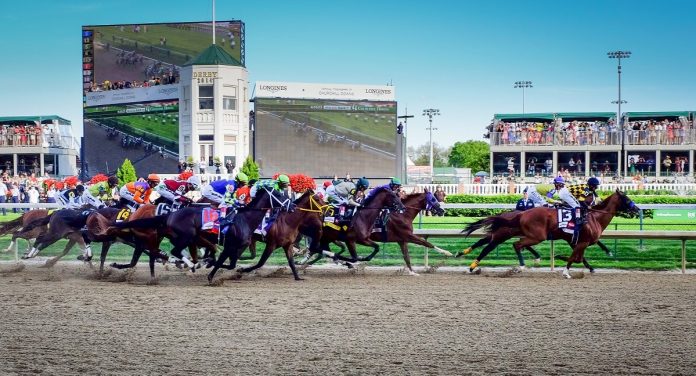 A strong first-quarter performance from Churchill Downs was largely down to the success of its newly acquired interactive portal, Big Fish Games.

“We delivered record net revenue and adjusted EBITDA this quarter and are encouraged by the early 2016 results in each of our segments,” said Bill Carstanjen, CDI’s chief executive officer. “With a strong first quarter behind us, we are now focused on the 142nd Kentucky Derby on May 7 and we are very excited to have our fans enjoy the new improvements and amenities that have been added to Churchill Downs Racetrack.” Acquired in December 2014, CDI’s online gaming brand, Big Fish Games, was once again the standout performer for the company – raking in $122.1m (E105.9m), by far the largest chunk of revenue share. The result represented an increase of some $30.2m (E26.2m) on last year’s Q1 performance – growth that CDI primarily attributes to a $28.9m (E25.1m) increase in casual and mid-core free-to-play revenue from a number of its most popular online titles.

Partially offsetting this increase was a $3.3m (E2.9m) decline in premium games revenue and a $2.1m (E1.8m) decrease in social casino revenue. Meanwhile, the fair value adjustment to Big Fish Games deferred revenue assumed as part of its acquisition was $6.7m (E5.8m) lower than the prior year quarter.

Big Fish adjusted EBITDA also decreased $5m (E4.34m) on a like-for-like basis. CDI said that the decline in profit was largely due to increased user acquisition expenses. For the quarter, total bookings at Big Fish grew $23.4m (E20.3m), or 22 per cent. The casual and mid-core free-to-play division continued to show strong growth, offsetting a modest decline in the social casino and premium divisions.

The results accompanied an announcement from CDI that it was drawing up plans to construct a new hotel at its casino in Oxford, Maine. The $25m (E21.7m) new project will include expansion of the existing Oxford Casino facility and will feature over 100 new guestrooms, including standard rooms and suites, additional dining options, an expansion of the gaming floor and new flexible meeting and banquet space.

“Churchill Downs is thrilled to expand our presence in Maine,” said Bill Mudd, president and chief operating officer. “The new hotel will be a great addition to the Oxford Casino property and is a sign of our commitment to provide a first class facility in southern Maine.”