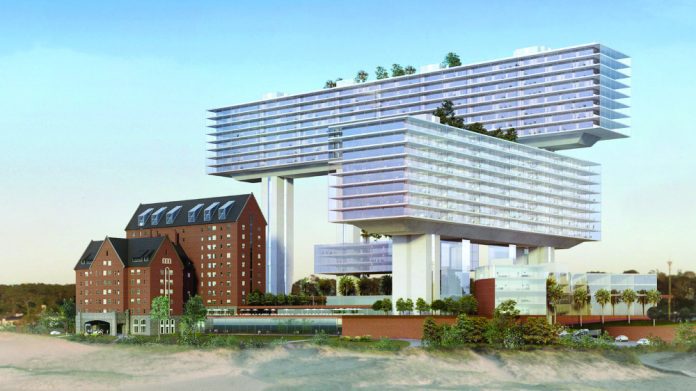 Luxembourg-based Cipriani S.A has begun demolition work on the San Rafael Hotel in Punta del Este, as part of plans to redevelop the site as the Cipriani Ocean Resort and Club Residences.

While the company originally planned to restore and refurbish the Tudor-style hotel, which first opened in 1948, Cipriani later stated that the structure was “unsafe” and opted to demolish it and build a replica.

“The project was approved with two underground levels, so we’ve got to do it, to create the car parks, and [to allow us to lay] the foundations of the buildings behind it,” said Giuseppe Cipriani, the company’s manager.

The $180m first phase of the development will reportedly include 70 hotel rooms, 75 apartments, and a casino, along with a restaurants, a spa, meeting spaces, and sports facilities.

While Cipriani acknowledged that the project has yet to receive a casino licence, he stated that the company plans to open the first phase by “2021 or 2022 if everything goes well”.

“If we have the casino licence, if we have the permissions – in reality we already have these – we can open the first phase of the project which is the hotel, casino, and spa,” he continued.

Cipriani has previously characterised obtaining a casino licence as fundamental for the development. “An investment of this scale needs a casino,” he stated.

In March, Uruguay’s Ministry of Economy and Finance (MEF) confirmed it will be necessary to call a tender before issuing a casino licence for the development. At present, it is not clear how this will impact the timeline for the $450m project.