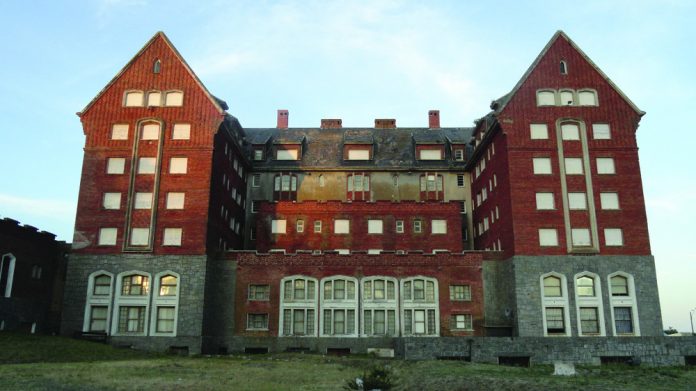 Cipriani S.A is in the process of demolishing the San Rafael Hotel in Punta del Este, paving the way for the $180m first phase of its Cipriani Ocean Resort and Club Residences development, with construction work slated to begin this August.

Luxembourg-based Cipriani S.A will begin construction of its new casino resort in the city of Punta del Este this August.

Last month the company began has begun demolition work on the San Rafael Hotel in Punta del Este, as part of plans to redevelop the site as the Cipriani Ocean Resort and Club Residences. This work is set to conclude in July.

“It’s the largest demolition project carried out to date in Punta del Este,” said Giuseppe Cipriani, the company’s manager. “We initially evaluated using explosives, however there is a lot of water [beneath] the land, and so such an explosion might have caused some kind of damage to our neighbours. For this reason we opted for the current system.”

Between September and October the complex’s luxury apartment units, designed by architect Rafael Viñoly, will go on sale at $6,000 per square metre.

“We’re going to sell them abroad. In the US, we have agreed to sell them through the best brokers, and likewise in the rest of the world,” Cipriani continued.

“We have a very good relationship with Douglas Elliman, a major real estate entrepreneur in the United States. He will be offering them to his clients.

“These are apartments with huge terraces, the highest quality of service, and a beautiful view of Brava beach. Last summer we met with on average eighty people per day, all of them were interested in the project.”

While the company originally planned to restore and refurbish the Tudor-style hotel, which first opened in 1948, Cipriani later stated that the structure was “unsafe” and opted to demolish it and build a replica. However this decision has generated some controversy.

“The project was approved with two underground levels, so we’ve got to do it, to create the car parks, and [to allow us to lay] the foundations of the buildings behind it,” Cipriani clarified.

The $180m first phase of the development will reportedly include 70 hotel rooms, 75 apartments, and a casino, along with a restaurants, a spa, meeting spaces, and sports facilities. The project will generate 500 new direct jobs.

While Cipriani acknowledged that the project has yet to receive a casino licence, he stated that the company plans to open the first phase by “2021 or 2022 if everything goes well”.

“If we have the casino licence, if we have the permissions – in reality we already have these – we can open the first phase of the project which is the hotel, casino, and spa,” he continued.

Cipriani has previously characterised obtaining a casino licence as fundamental for the development. “An investment of this scale needs a casino,” he stated.

In March, Uruguay’s Ministry of Economy and Finance (MEF) confirmed it will be necessary to call a tender before issuing a casino licence for the development. At present, it is not clear how this will impact the timeline for the $450m project.

EGT Interactive strengthens its partnership with GVC Holdings in Germany