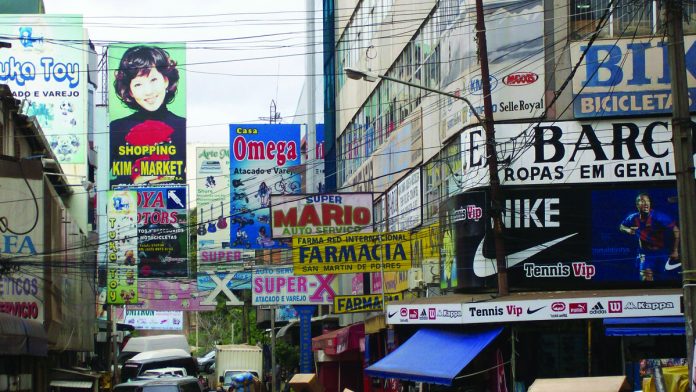 Media reports suggest that the tender for a casino resort in Paraguay’s second city could open during the first quarter of 2017 but the launch has been beset by setbacks and a fresh legal challenge.

[dropcap]P[/dropcap]araguay’s national gaming regulator has hammered out the final terms for bidders hoping to win the right to build and operate a new hotel and casino complex in the country’s second city, Ciudad Del Este.

Media reports suggest that potential operators must be willing to invest between $50m to $70m in order to have a chance of winning the tender for the new enterprise although by way of compensation, the successful bidder will receive a 20-year licence.

Interested bidders include a group hoping to invest at least $70m in order to bring a Hard Rock Hotel and Casino to the city, in addition to a number of other international companies from the United States and Chile.

Javier Balbuena, president of the CONAJZAR, is suggested to have pushed for the tender process to permit development to commence as soon as possible, acknowledging the likelihood that the Brazilian government may legalise casino gaming which could affect backers willingness to invest.

Balbuena has declared that his department expects to begin accepting bids by March “if all goes as planned” while explaining that the long duration of the licence was necessary to make the licence more attractive for investors.

Aiming to attract players from the neighbouring Brazilian city of Foz Do Iguacu, the new casino is set to be situated inside the local headquarters of Paraguay’s National Ports Authority at the head of the Friendship Bridge border crossing.

The tender conditions stipulate that the 27-acre site should include a hotel with up to 300 rooms, alongside a swimming pool, shops and other entertainment facilities.

The location for the new casino and hotel development has not been universally welcomed, last year saw a group of trade union officials launch a legal petition to block the move on grounds that local regulations prohibited further development of the area.

In lobbying hard for the project Balbuena has brought down the ire of the Union of Workers for the National Administration of Navigation and Ports (ANNP) on himself, and the union has also made an extensive complaint against him with the anti-corruption unit of the Public Prosecutor’s Office.

However, Balbuena defended the choice of site for the venue, arguing that “people have still not realised the benefits that it will bring to the city.”