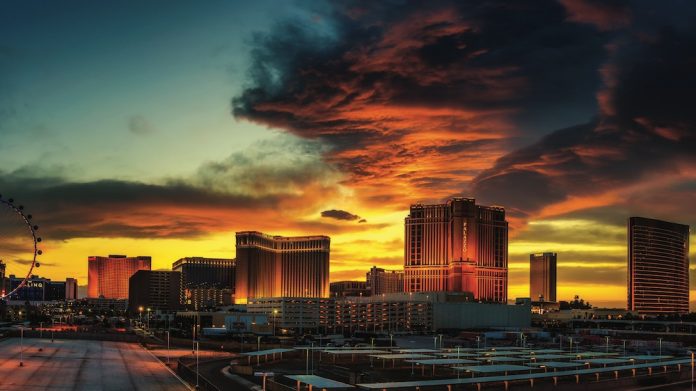 As a trade war between the US and China looms, the potential impact of restrictions by Beijing on Chinese tourism could be felt both in Las Vegas and further afield.

With China on track to become the third largest overseas visitor market for the US by 2020, the gaming industry could feel the repercussions of president Donald Trump’s push to enact tariffs on a range of Chinese goods.

“Certainly Las Vegas could feel the brunt of a trade war in the form of China basically deciding that they are going to make it difficult for Chinese to travel the US,” said Elliott Parker, a professor of economics at the University of Nevada, Reno. “The Chinese are likely to go to tourism fairly quickly. Nobody wants this to get out of hand, but it could.”

China represents the fifth largest visitor source for the US, while Las Vegas is a popular destination for Chinese tourists, bolstered by a direct flight from Beijing.

Figures from the Las Vegas Convention and Visitors Authority show that 233,132 Chinese tourists visited the city in 2016. While this makes up only a small percentage of Las Vegas’ overall visitor numbers, Chinese visitors are valuable for casino operators given their preference for baccarat, which now accounts for 18 percent of total casino win on the Strip.

“Anything that inhibits the free flow of money and people across borders is probably not going to be good for Nevada gaming,” said David G. Schwartz, director of the University of Nevada Las Vegas’ Center for Gaming Research.

Democratic representative Dina Titus, whose constituency includes the Las Vegas Strip, was outspoken in her criticism of the Trump Administration’s trade policy.

“International tourism, particularly from China, is a critical market opportunity for Las Vegas and the United States as a whole,” Titus said in a statement. “In fact, Chinese tourists spend the most of any international traveller to the US, according to the Department of Commerce, supporting the more than 15 million tourism jobs in our country.

“The Trump Administration should recognise the potential negative impact of further escalation on my Congressional District.

“Every empty airline seat from Beijing to Las Vegas means thousands of dollars of lost economic benefit to Southern Nevada.”

Events in South Korea last year may provide a further insight into the shape of things to come, if the dispute between the US and China continues to escalate.

China restricted tourism to South Korea in March last year, imposing a ban on the sale of package tours, after the US deployed the THAAD missile defence system in the country. Although it should be noted that Beijing has never specifically linked the ban to the THAAD deployment.

“Foreigners-only casinos fared far worse last year due to a decrease in the number of Chinese tourists,” said an unnamed source cited in a Yonhap News Agency report this March. “They are expected to have tough times this year unless China completely lifts its ban.”

However commentators have suggested that the impact of a tourism ban on the US, would be less pronounced than in South Korea. They contend that higherrevenue customer segments such as independent travellers, business travellers, and VFR (visiting friends and relatives) travellers would most likely be completely unaffected by a ban.

Paradoxically, potential Chinese tariffs on US-made luxury goods could also act to create increased demand for travel to the United States. Despite this, the potential trade war could have repercussions beyond the borders of the US, given that the expiration of casino concessions in Macau is drawing closer.

“If China’s government likes you politically, it will encourage Chinese to visit,” said China Market Research MD Shaun Rein, speaking to Forbes. “[But] the risks for Sheldon Anderson’s Sands casinos are quite high, it is quite possible that China will target his casinos specifically because he is a Trump crony.”

Adelson was one of Trump’s largest donors during the 2016 presidential campaign, donating millions to pro-Trump super PACs.