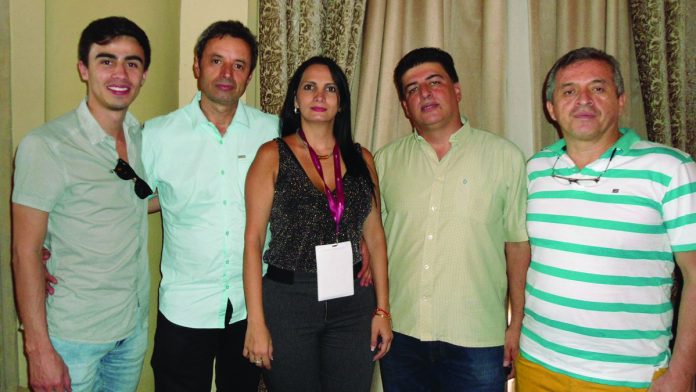 Gambling is a thriving industry in Colombia, with current estimates suggesting that 61 per cent of the nation’s adults regularly dedicate a part of their monthly income to gaming.

With economic forecasts suggesting that tax revenue generated by the industry will reach $1bn (E900m) over the next couple of years, it is predicted that the country will need at least 30,000 more slot machines to accommodate this growth.

While the economic climate is favourable, Elizabeth Maya Cano, president of Connazar – a chamber of commerce representing 63 Colombian casinos – suggests that there is still further progress to be made.

“We’re going through a significant period of transition in Colombian gaming,” said Maya, who formed part of Connazar’s delegation at Juegos Miami this June.

“At the moment roulette machines are relatively new to the Colombian market but are very much in demand, and players enjoy the social opportunities they offer. Progressive jackpots have also become increasingly popular.”

Maya is cautiously optimistic about establishing better relations with the regulator, Coljuegos, which recently appointed a new president in March.

“We’ve had a difficult couple of years but I see a lot of potential in the new president, Juan Pérez Hidalgo and I’m due to meet with him shortly. He appears to want to listen to the industry but it’s still early days and in the normative context we have a lot of work ahead”

We’re going through a significant period of transition in Colombian gaming,

Casinos nationwide were hit with an extra tax in February 2010 and saw value-added tax (VAT) raised from five to 16 per cent after the government introduced a raft of additional levies to make up for a half a billion-dollar shortfall in the health budget.

“We would like to see a reform of the gambling law, particularly with regard to progressive jackpots, said Maya. “VAT is another concern, the current rate of 16 per cent is prohibitively high given the 12 per cent rate of tax we pay in addition to our operating costs.”

Additionally, many operators remain unenthusiastic about the requirement, introduced in 2010, for all slot machines to be connected to a central government-controlled server arguing that the cost of implementation is prohibitive and has impacted their businesses.

“Connazar’s members currently have 60 per cent of our fleet of 17,000 machines connected, and we aim for this figure to rise to a hundred percent by November,” added Maya.

Illegal gaming remains an ongoing problem, despite the strict penalties for non-compliance, which include a fine of COL$50m (around E15,000) for each illegal slot machine and up to a prison sentence of up to eight years.

A 2015 study by the regulator posited that at least 2,000 businesses in Bogota operate illegal slot machines from their premises.

She proposes that a key measure to combat it would be via increasing the level of collaboration between Coljuegos and associations and advocacy groups. “As a first step, operators need to lobby our regulator to ensure that legal gaming is more attractive than its illegal counterpart for the consumer. In this respect, Colombia could learn from Peru, which has seen a reduction in illegal gambling since [the country] merged VAT and other taxes into a single gaming levy,” she added.