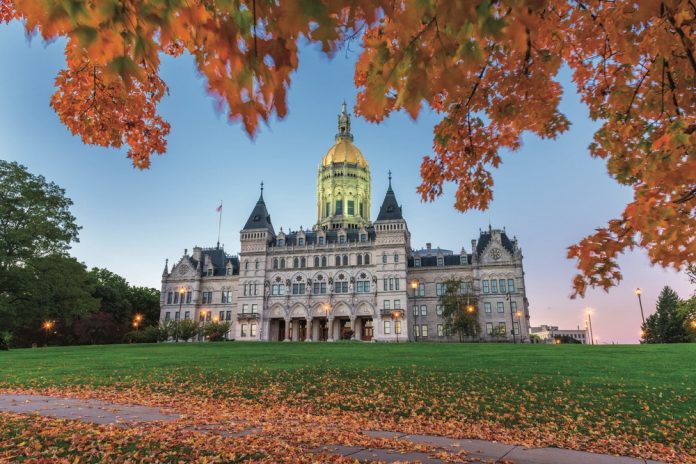 The tribes responsible for a joint venture casino project in northern Connecticut are refusing to commit to a construction commencement date whilst MGM is forging ahead with its competing commercial projects both in, and out, of the state.

With the East Windsor MMCT project coming out on top in Connecticut’s bid for a third casino property it would have seemed that MGM’s hope of cashing in on the state’s gaming business had been dashed.

However, as construction on the joint-operated tribal casino is hitting federal roadblocks, the commercial operator has not only opened the first part of its competing facility in Massachusetts, but is forging on seemingly undeterred by current state legislation for a further casino in Bridgeport.

Clocking in at just shy of $1bn the Springfield MGM premises is set to open in September, with many in Connecticut worried about the potential loss of gaming dollars across state lines.

The situating of the MMCT casino in East Windsor is designed to be a buffer against this monetary migration and executives from the related property sought to downplay the potential impact the MGM complex would have on the venture once completed.

“Just because they open first, doesn’t mean they will have a superior location, I think we will,” said Mario Kontomerkos, chief executive of Mohegan Gaming and Entertainment.

Additionally, Felix Rappaport, president and chief executive at Foxwoods commented on MGM’s “bright, new shiny project” and said that “there are going to be some people who are going to test it, try it and they’ll get offers that will lure them to Springfield. But we feel very confident that the reasons that people who have gone to Foxwoods and Mohegan over the years will bring them back.”

While the final numbers are still being worked out, the MMCT East Windsor casino is expected to cost about $300m, with 2,000 slots, 100 or more gaming tables, plus dining and entertainment options.

Causing issue closer to home, MGM has yet to accept defeat in the state of Connecticut itself and has carried on with its push for a casino in the southern town of Bridgeport.

In 2016 alone the company spent more than $3.8m on ad campaigns and lobbying state agency members including governor Dannel Malloy and attorney general George Jepsen, whilst the MMCT venture spent less than $1.2m in the same time frame.

“MGM has shown, month after month, year after year, that they are willing to spend ungodly amounts of money to prevent Connecticut from taking the logical and necessary steps to protecting jobs and revenue.”

This money spent appears to have paid dividends despite pushing against the current state of play regarding casino licences. Bridgeport lawmakers held a news conference with MGM officials on 31 January to propose legislation in the upcoming general assembly session that would expand the siting process and possibly make way for a $675m Bridgeport casino.

“They haven’t strayed from that and their commitment has gotten more substantial and deeper as we’ve gone forward.

“We think it’s a major legislative priority for the city of Bridgeport to take a look at existing state statutes and adjust, where necessary, so a major casino development of this kind can go forward,” Harris said.

“At stake are 7,000 new jobs and really making Bridgeport a destination for tourists from all over the region.”

This MGM progress comes at a time when construction on the rival tribal property just south of the Massachusetts border appears to have no concrete start date after missing its proposed Q4 2017 window.