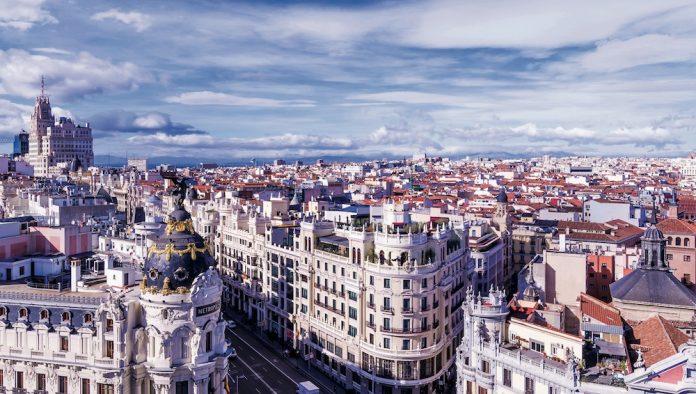 Following a setback after their original bid to build a casino and leisure resort outside the Spanish capital was rejected, The Cordish Companies have added sports and cultural extras to their proposal. But a political tug-of-war could yet put a damper on the development.

After the regional government of Madrid rejected The Cordish Companies’ plan for a casino and leisure resort in the capital in March, the Maryland-based real estate developer and entertainment operator has responded with an amended proposal which would include more sports and cultural facilities.

In an effort to make the project more attractive to Spanish authorities, the company is now offering to include a six-hectare artificial lagoon with a beach that would offer surfing, kayaking and volleyball as part of its Live! Resorts Madrid development.

Joe Weinberg, the US group’s CEO, says in documents presented to the regional government of Madrid that the company has been working for months to “clear up any doubts” for the proposed complex that will be located in Torres de la Alameda, near Madrid’s Barajas Airport.

If finally approved, Live! Resorts Madrid would be the first of its kind in Europe and the company estimates that it will attract five million visitors a year with 1.5 million overnight stays in the resort hotels, while gaming will account for 10-15 percent of the total project area.

When revealing the plans in December, Cordish also claimed the development will bring in between E4- 6bn to the region within the first five years in addition to generating 56,433 jobs.

Although welcoming the initial plans at the end of last year, the Partido Popular- led regional government turned down the project in March after questioning its economic viability, adding that some E340m would be required for infrastructure.

Eduardo Morales Hermo, a senior gambling and business consultant at Ficom Leisure, said this money is specifically needed for roads to provide access to the complex – and this may be the crux of the deadlock, as neither Cordish nor the government have shown willing to put up the extra cash.

“The first thing they have to realise is that they have to build access, because it’s in the middle of nowhere,” he said. “And the government isn’t willing to spend the money.”

“The budget to building a highway to connect with the circle of roads around Madrid will cost around E340m. So Cordish proposed to do the infrastructure, but was not willing to invest that amount of money.

“And I think they’re still in negotiations behind closed doors about what kind of compensation the company’s going to get. Because they’re bringing in billions of euros and jobs for fifty to sixty thousand people, so they’re expecting something in return,” he added.

Additionally, the government took issue with the lack of cultural and sports facilities required to make the project eligible for fasttracking as a CID Integral Development Centre, which provides tax breaks and other advantages, the route Cordish had requested.

Weinberg says the company is still committed to an investment of E2.2bn and added that it is ready to begin the first phase of the project, with an estimated cost of E587m. The Madrid government made clear in March that it was open to a revised application from Cordish, emphasising that the region remains “open to investment, both domestic and international.”

But officials have also stressed repeatedly that regional laws set strict criteria for the approval of large-scale gambling and leisure projects, not least because authorities can only issue the relevant gambling licence once every ten years.

Morales also suggests that further political factors may be at play: “The Popular Party is not a majority party in the regional government – they have to govern with the cooperation of other parties. So it is difficult for them to do anything because there is always something to be criticised by their partners in government,” he said. “The problem with Spain today is that the new political parties here are very populist. They don’t want gambling. And because gambling is involved, they’re always reluctant to show that they’re protecting a big casino company, even though Cordish is more of a resort and entertainment company. Gaming is part of the offer but only a small part of the overall resort.

“So if the government is sure that they’re not making a mistake, if they know there will be no political criticism, they will go ahead. That’s what it’s about at the end of the day. It’s political.”

If Madrid maintains its hard line, Cordish would be the second big-name leisure group from the US to fall short in Spain. Sheldon Adelson, the casino mogul, abandoned plans to build a $30bn casino complex, dubbed Eurovegas, outside Madrid in 2013.