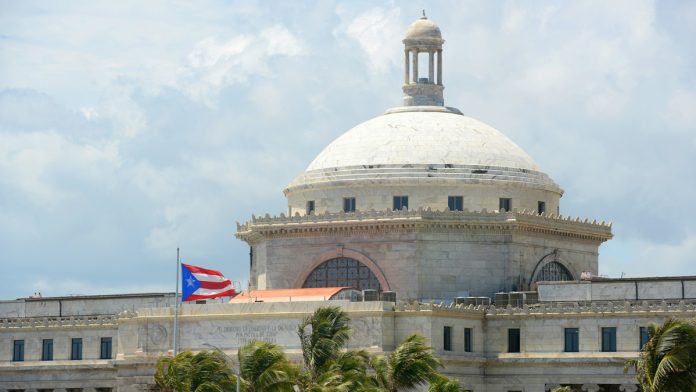 Puerto Rico’s Supreme Court has ordered that the implementation of video lottery terminals (VLTs) be halted following a legal challenge by the Puerto Rico Hotel and Tourism Association (PRHTA).

[dropcap]T[/dropcap]he decision is a setback for the government, which expected to earn around $300m (E280.7m) a year from VLTs to help fill the country’s bare public coffers.

Tourism should be seen as the backbone of the economic recovery and VLTs would be a lethal blow to the tourism industry.

The Secretary of the Treasury, Juan Zaragoza, presented a proposal in 2015 to regularise the machines, which the Executive estimates could generate £100m (E93.6m) in the first year alone, a figure that could eventually rise to $300m.

“Tourism should be seen as the backbone of the economic recovery and VLTs would be a lethal blow to the tourism industry,” claimed Miguel Vega, president of the board of directors of the PRHTA.

However, Puerto Rico has around 100,000 illegal gaming machines in operation and Caribbean Cage, an operator that works with Scientific Games, Aristocrat, IGT and Inspired, has lobbied for these to be removed and replaced with VLTs.

The company has estimated that the market could support approximately 30,000 of the terminals.

“Even while this issue has been under consideration by the Supreme Court, we know that Caribbean Cage has been in talks in the United States Congress and with the Fiscal Supervision Board, presenting VLTs as the salvation for the acute [financial] crisis facing Puerto Rico” added Vega.