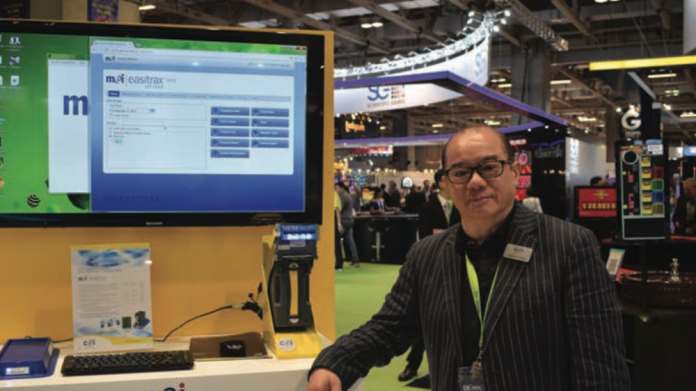 “At present, Easitrax is already utilised by a number of integrated resorts in Macau, including Galaxy Macau, The Venetian, and MGM Macau.

“We aim to show operators how easy it is to upgrade to the new system and the benefits of its enhanced features.”

“What makes Easitrax Live different than its predecessor is that it operates in real-time,” explained Tang.

“That means operators will no longer need to wait for the drop to understand how their note acceptors are performing and what the status of each cashbox is – Easitrax Live can alert them to any potential issues immediately.”

Reflecting the adage that ‘time is money’, CPI aimed to show attendees at G2E Asia the efficiencies that can be created by the new system.

“While before operators only received transaction and performance data when they performed the drop, as that information is carried in the cash box with an RFID tag, with Easitrax Live they have that data in real-time, so they can immediately see their acceptance rates, if a jam has occurred, or if a note has been rejected for security reasons,” Tang continued.

“Utilising that data, operators can make faster business decisions and see where there might be a problem before it occurs, helping minimise machine downtime.”

Additionally, Easitrax Live can be configured to generate a message to alert the operator when the cash box level falls below a certain point, further helping increase efficiency.

“We intend to launch Easitrax Live on the global casino market later this year,” he added.

Tang contends that CPI’s strong standing in Asia has been build on the company’s reputation for delivering solid after-sale service.

“We have a number of service centres across the region, ensuring that our clients can receive the support they need, when they need it,” he stated.

“In this industry, customers are looking for the product that performs and makes their life easier, CPI’ is committed to helping them achieve that.”