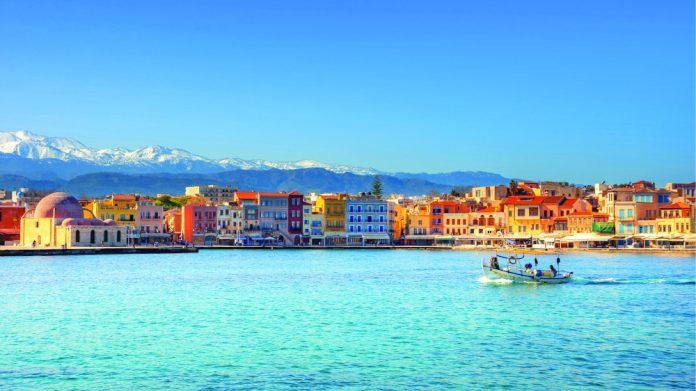 The Greek government is set to hold a tender for a new leisure redevelopment, which includes a casino concession, at the site of a former US military base in Gournes.

Greece’s state-owned asset development fund TAIPED is to hold a tender for a leisure redevelopment project, which includes a casino concession, at the site of a former US military base on Crete.

The deadline for binding offers is 15 July. Local media reports suggest a range of entities, including construction companies as well as property development groups, and foreign investment funds, have expressed interest in pursuing the project.

Following the tender for the overall project, a second tender will be held for the casino permit at a later date. Antonis Samaras’ New Democracy government previously tried to auction off the property at Gournes, near Iraklio in 2014. In October 2019, the current ND government under Kyriakos Mitsotakis opted for a model similar to that employed for the old Athens airport plot at Elliniko and included the option for a casino. This new plan received the green light from the Regional Council of Crete at the start of last year.

The plot covers an area of 345,000 sqm and has been split into two development zones: Zone 1 includes a 29,100 sqm area which will host a theme park, shopping centre and recreational facilities, while Zone 2 covers 316,000 sqm which will include a mini-golf course, a hotel, holiday homes and the casino.

Although TAIPED aims to create a “mini Elliniko” on Crete, the development will not include a postponement clause as in the case of the Elliniko deal. This means development of the Gournes concession will commence even if the casino permit has not been issued.

Meanwhile, in Athens, work on the Elliniko site is moving forward. Lamda Development, the company behind the EUR8bn Hellinikon mega resort, has signed a strategic agreement with TEMES, to develop two luxury hotels and residential complexes as part of the project.

The strategic agreement envisages, the development of a five-star hotel at the Agios Kosmas Marina, as well as a second beachfront five-star hotel. The overall investment is estimated to be EUR300m.

“Our goal is to contribute, alongside with the other important investments in the area, into placing the Hellinikon and the Athens Riviera as one of Europe’s top destinations, whilst creating value for the society, our partners and our shareholders” said TEMES chairman Achilleas Constantakopoulos. US-based Mohegan Gaming and Entertainment is set to develop an integrated resort as part of the Hellinikon project.

Designed by Steelman Partners, Inspire Athens will include 3,450 beds, a figure market sources estimate corresponds to some 1,700 rooms. The IR will also include a 23,700 sqm conference and exhibition centre, along with a sports and cultural centre with a capacity for 10,500 people. The resort’s casino will cover 15,000 sqm and will include at least 120 gaming tables and 1,200 slot machines.

“Longer term and after the project opens, the benefits are very significant in my mind. Through our meetings and conventions and from our A-list arena and concerts we expect that our project will substantially increase international tourism to the Attica region by at least 10 percent,” said former Mohegan Gaming and Entertainment CEO Mario Kontomerkos, speaking at the Prodexpo 2020 forum last year.