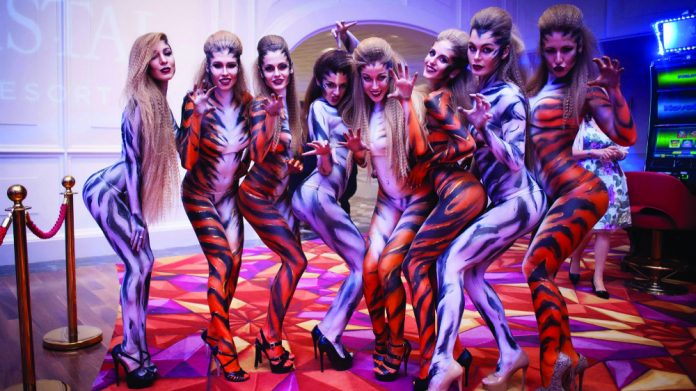 [dropcap]I[/dropcap]n June, the Tigre de Cristal decided to work with two fixed room junket operators and since then has VIP gaming sector has seen significant growth, according to the casino promoter’s interim report which came out this September.

Based on this, analyst group, Union Gaming Securities Asia, has determined that the casino resort will continue to see strong growth in the VIP gaming within the next two years.

Analyst Grant Govertsen stated that the forecast for Tigre de Cristal is that the monthly VIP volume is expected to come in at HKD2bn ($257m) for the second half of this year. In 2017, the VIP rolling chip volume is expected to increase around 19 percent year-on-year and reach HKD2.4bn ($309m), rising to an estimated HKD2.8bn ($361m) by 2018.

Govertsen suggests that these figures are broadly aligned with what has been observed in other jurisdictions as a VIP program begins. “We note that our 2018 VIP forecast results in Tigre de Cristal being around one percent of Macau‘s VIP market size, from 0.6 percent in the second half of 2016,” he explained.

Tigre de Cristal is considered a VIP-focused casino despite the fact that the mass market business for the venue covers almost all property operational expenses with forecasts suggesting that the mass gaming table volumes for the property could grow by 8 to 9 percent next year to $77.5m.

The emerging casino zone represents Russia’s attempt to attract gamblers from North Asia who would balk at the extended flying times to Macau or the new casino resorts in the Philippines.

International visits to the Primorye region have grown significantly this year with local tourism authorities reporting the figures for Chinese visitors – particularly from northeastern China – from January to July have already exceeded the total for 2015.

Additionally, Govertsen forecasts that Summit Ascent Holdings will post an EBITDA in the midteens with growth over the next two years, being outsized by growth in 2020 after the $500m second phase of Tigre de Cristal is complete. The Union Gaming analyst posited that additional factors benefiting Tigre de Cristal included “first-mover advantage in a fastgrowing market, an exceptionally operator-friendly tax environment – there is no gross gaming revenue tax and gaming-related profits are exempt from Russia’s corporate income tax – an under-penetrated VIP and locals story.”

The 100,000 square meter second phase will reportedly be a brand new resort rather than an expansion of the existing casino and will include 100 VIP gaming tables, in addition to 500 slot machines and electronic games plus 70 mass tables.