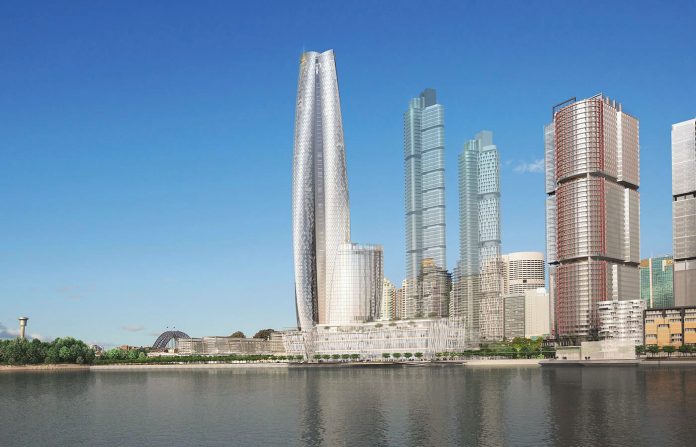 Crown Resorts has won planning approval to construct a new casino in the inner-city suburb of Barangaroo, Sydney.

“While it has been a long and detailed process, we are pleased with the overall outcome and we’re deeply committed to building a six-star hotel resort that Sydneysiders and all Australians can be proud of,” said Robert Rankin, chairman of Crown Resorts.

Substantial modifications were made to Crown’s original proposal, including a widening of of Hickson Park near the eastern side of the complex. The resort will also be set back 30 metres from the harbour to allow for more pedestrian access, according to the PAC’s long-awaited determination.

The commission has also allowed for the ‘Crown’ logo to be displayed at the top of the tower’s podium, although a ban has been placed on building a heliport at the site.

While the planning process was long and detailed, Rankin said he was pleased with the overall outcome. “For too long Sydney has suffered from a lack of luxury tourism accommodation and Crown Sydney will help turn that around,” he said. “We will now move quickly to begin excavation work. We are expecting to complete construction and open in early 2021.”

Commenting on the approval, Crown’s chief executive officer, Rowen Craigie, said: “We are pleased that the NSW Planning Assessment Commission has given the green light for this important piece of tourism infrastructure to go ahead. Everyone at Crown is looking forward to commencing construction of Sydney’s first sixstar hotel resort.”

The operator won the rights to build and operate the Barangaroo complex after a bidding war with the owners of Sydney’s existing casino. The Star, in 2012, with the previous O’Farrell government passing legislation a year later to allow for a “restricted” gaming facility.

In giving final approval, a statement from the commission said it had “concluded that with the design changes made… the proposed scale and form of Crown Sydney will be a sculptural and elegant signature building on the foreshore”.