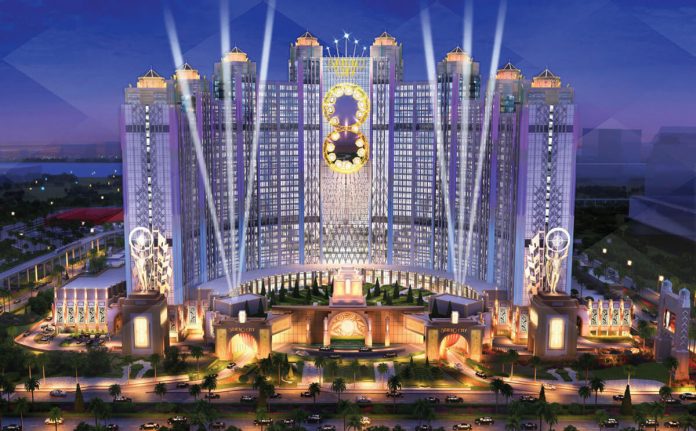 After over 10 years as an equal partner in Melco Crown Entertainment, Crown Resorts has scaled back its investiture in the Asian operator.

Crown Asia Investments – a wholly owned subsidiary of the Australian company – announced last month that it would be reduce its hold on MCE from 34.3 per cent to 27.4 per cent, allowing the company to repurchase 155 million shares in a deal thought to be worth in excess of $800m (E700.3m).

MCE plans to retire the released shares – a move which will have the inevitable knock-on effect of increasing the company’s earnings-per-share. Crown’s divesting of its stock will also see Melco International – led by chairman and CEO Lawrence Ho – become the single largest shareholder in the company, with a holding of 37.9 per cent.

MCE was established in 2004 as a joint venture project between Crown Resorts, in which James Packer remains majority shareholder, and Melco International. The company would go on to establish the City of Dreams integrated resort in Macau and Manila. Closing a busy year for the firm was the October opening of its Studio City resort: a massive, $3.2bn (E2.8bn) venture located on the southern tip of Macau’s Cotai Strip.

Despite Crown being a joint partner in the all three properties, Packer has not hidden the fact that his company has taken a back-seat in their development. Speaking to press at the ribbon-cutting ceremony of City of Dreams Manila last February, the Crown Resorts figurehead implied that it was his very first visit to the Philippine capital. Meanwhile, his role in the Studio City project seems to have been largely confined to the assemblage of a number of high-profile, A-list celebrities (including his fiancé Mariah Carey) at the property’s glitzy opening ceremony.

A noted posted by Fitch Ratings following the announcement of Crown Resorts’ dilution of its MCE stock said that the decision was “timely, due to the challenging conditions in Macau and the potential cannibalisation by new resorts.”

The same release claimed that Crown nevertheless intends to “maintain… a significant stake in MCE,” a strategy deemed prudent due to the fact that it would “add an element of geographic diversity to Crown’s portfolio, which is focused on Australia.”

The bulk of Crown’s revenue is generated from its domestic Australian market – where the company is currently developing $1.5bn (E1.31bn) integrated resort in Sydney. However, Packer is also heavily invested in the upcoming $4bn (E3.5bn) Alon project in Las Vegas, on which tertiary construction work commenced late last year.

[dropcap]C[/dropcap]rown Resort’s latest financial performance review hints at further reasons why the company may wish to scale back its involvement with MCE. In the six months ending last December 31, almost all of the firm’s Australian verticals enjoyed ample increases – with impressive 9.8 per cent like-for-like growth in main floor gaming revenue to A$861.1m (E554.4m).

Company-wide however, Crown saw a substantial tumble in profit (down 34.8 per cent), due almost entirely to a poor performance from the MCE properties: with its share of MCE profit nose-diving 89 per cent to just A$9.4m (E6m). Enduring weak market conditions in Macau were cited as the major contributing factor. Still, an accompanying statement said that MCE would nevertheless maintain its strategy of “increasing its exposure to the more resilient and profitable mass-market segments” of the Macau player-base.