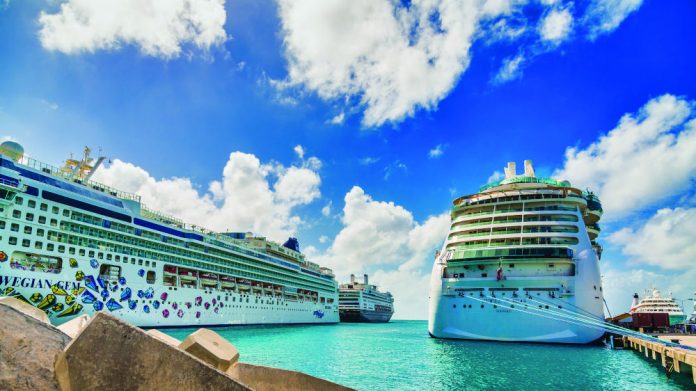 Forming part of the broader relaunch of the Caribbean cruising industry, Norwegian Cruise Lines’ Norwegian Gem arrived in San Juan at the start of September.

Norwegian Cruise Lines has resumed sailings to Puerto Rico with the Norwegian Gem arriving in San Juan at the start of September. According to the Puerto Rico Tourism Co. (PRTC) the vessel’s initial visit is projected to have an economic impact of $250,000 from passenger spending.

“The Tourism Company is collaborating with all industry members in the public and private sectors to facilitate the return of cruises to all the island’s ports safely, and in compliance with all health and safety protocols recommended by the authorities and health experts,” said PRTC executive director Carlos Mercado Santiago. “The Government of Puerto Rico is committed to fully activating and continuing to promote the development of the tourism industry to maximise its significant contribution to the Treasury through the economic activity it generates for local businesses, the increase in direct and indirect jobs, and the potential to create a better quality of life for all island residents,” he added.

As part of the operator’s measures against COVID-19, the Norwegian Gem is sailing with roughly 1,300 passengers, 48 percent of its maximum capacity of 2,800.

The ship, one of four in the Jewel class, has eleven restaurants, three pools, a theatre, a casino, an art gallery, medical facilities, and a cinema, among other amenities.

Norwegian Cruise Lines requires both its staff and passengers to be fully vaccinated against COVID-19 at least two weeks prior to boarding any of its cruise ships. Additionally, all passengers must receive a negative result to a company-administered antigen test; and undergo a tiered boarding process to comply with social distancing regulations.

“The arrival of Norwegian Gem with passengers to San Juan follows an agreement, similar to those already recently signed with Carnival and Royal. Following the Public policy of [governor] Pedro Pierluisi to promote tourism under rigorous health parameters, always promoting vaccination, we continue to work hard with all components of the cruise industry so that their return to the island be a safe one. Everyone’s health remains our highest priority,” said Joel Pizá Batiz, executive director of the Puerto Rico Ports Authority.

Norwegian Cruise Lines’ return forms part of the broader relaunch of the Caribbean cruising industry, which began earlier this summer. The largest cruise ship in the world, Royal Caribbean International’s Symphony of the Seas, arrived in San Juan in late August. It marked her first call in the port since she resumed sailing earlier in the month, following almost 17 months of absence for Royal Caribbean ships in Puerto Rico.