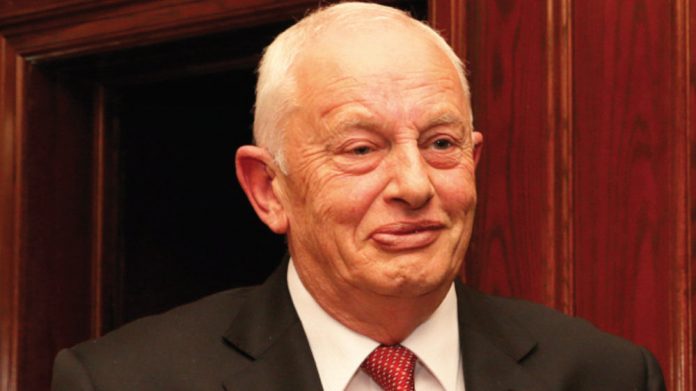 Gaming industry veteran David Orrick, director of industry relations at Merkur Gaming, has been named the recipient of the 2020 Peter Mead Memorial Award for Excellence in Gaming Media and Communications.

During the second day of the virtual edition of G2E Las Vegas, the Association of Gaming Equipment Manufacturers (AGEM) presented its annual awards, now in their fifth year, given in memory of the late Jens Halle and Peter Mead.

Based on an original concept brought to AGEM by David Orrick these awards recognise Excellence in Commercial Gaming Professionalism through the Jens Halle Memorial Award and Excellence in Gaming Media and Communications with the Peter Mead Memorial Award.

In accepting the award, via video link from his home in England, Orrick noted: “Both Jens and Peter were dear friends and both supported me enormously in a time of personal tragedy after the sudden and tragic death of my beloved partner, Ruth, in 2015.

Within just a few weeks both Jens and Peter also passed away and, thanks to AGEM, these awards keep the memory of these two gaming legends alive in our memories. I would also like to congratulate the family and friends of the winner of this year’s Jens Halle Award, the late Robert ‘Bob’ McMonigle, who was a driving force in the establishment of AGEM in 2000 and served as the organisation’s first President until 2005.”

AGEM Executive Director Marcus Prater commented: “The relationship between David Orrick and Jens Halle is well known in our industry but David stands alone this year in deserving this award honouring the memory of Peter Mead.”

Merkur Gaming’s CEO International, Athanasios ‘Sakis’ Isaakidis, said: “David Orrick’s vast experience and his worldwide contacts have been, and are, a great asset for Merkur Gaming and we warmly congratulate him on this well deserved award. We share with him our fond memories of two gaming industry luminaries who will never be forgotten; particularly in the unprecedented times that gaming around the world is experiencing and as we look forward to better times and to Restart with Merkur.”