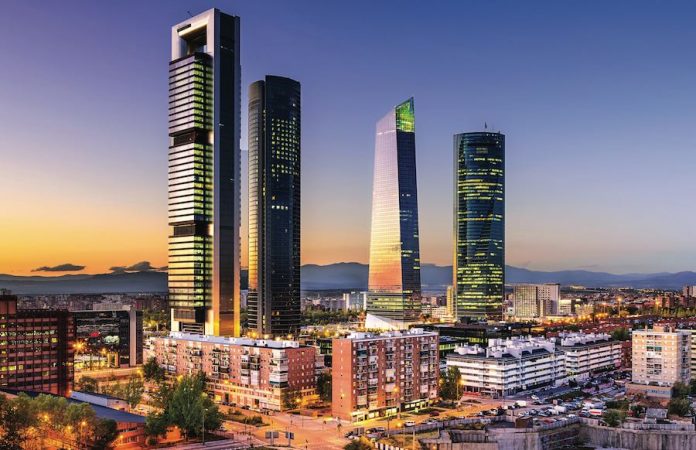 With the Community of Madrid yet to make a decision on the Madrid Live! resort and Catalonia weighing up offers for the delayed Centre Recreatiu i Turístic project, the ball is very much in the court of each respective regional government in Spain, suggests Italtronic’s Sander Hoogendoorn.

Two major tourism and leisure projects in Spain are yet to see the green light for construction, and the delay may not be cleared any time soon, according to a consultant on the Spanish industry.

Plans for the Cordish Group’s Madrid Live! are currently under review by the regional government after the Maryland-based real estate developer proposed an amended version of the project in April, including additional sports and cultural facilities.

The previous month, Madrid’s Partido Popular-led government had rejected the original plans after questioning its economic viability, adding that some E340m would be required for infrastructure improvements.

While the government was initially warm towards the project, the reversal provoked speculation that Cordish could join a number of multinational companies that have tried and failed to establish large-scale integrated resort projects in Spain.

“Eurovegas and others that have been tried before but saw their projects killed off,” said Sander Hoogendoorn, senior consultant at Italtronic. “With these huge projects, in the middle-of-nowhere building an artificial world with an artificial beach, and of course, the fact that it’s a big casino, there’s always going to be opposition.”

However, where other projects have fallen through, Cordish appears to have learnt from past mistakes, Hoogendoorn explained. “Cordish are doing their homework on this and they’re really putting an effort in,” he continued. “You can see that because they issued a request to get Integral Development Centre status, which initially was rejected by Madrid’s local government.”

Such a status allows for tax breaks and other advantages for projects that offer cultural and sports facilities.

“So Cordish recently reissued it, after changing some of the documentation saying that ‘actually, we do comply to the criteria.’”

The real estate developer and casino owner has also found an unlikely ally in the political process: the local press. “In the local press, there has been some pressure on the president of the Community of Madrid, Cristina Cifuentes. They’re asking, ‘are you trying to block this project?’ and pointing to the potential creation of 50,000 jobs,” Hoogendoorn said.

Meanwhile in Catalonia, the local government has been weighing up competing offers to operate casinos at the Center Recreatiu i Turístic (CRT), a proposed E2.5m casino and leisure complex in Tarragona province.

Melco Crown Entertainment and Hard Rock International were competing to operate a casino each while local firm Grupo Peralada has partnered with Genting Group to present a proposal for a single large scale casino in the resort.

However in June, Melco International and Hard Rock announced that they would no longer continue to pursue a Spanish casino resort project in light of their Cyprus integrated resort development, and have withdrawn from the CRT tender.

Formerly known as BCN World, construction for the complex is scheduled to go ahead this summer but Hoogendoorn is sceptical that the CRT will begin construction in this timeframe.

“This project has been delayed for quite some time now, which, of course, never looks good.

“What I’ve heard is that the project probably won’t start until 2019, given that they’re still studying the different proposals for the tender and that will likely take time. So I doubt they will start building this summer.”

The Catalonian government formed a consortium with the municipalities of Salou and Vila-seca specifically to oversee the offers. However, Catalonia’s push for independence may complicate matters.

“The Catalan government has priorities to get this referendum launched and there’s a huge opposition from Madrid in doing so,” Hoogendoorn said.

“Any other topic on the political agenda in Spain suffers from that. I don’t know what the result will be, but there will be political uncertainty,” he added.