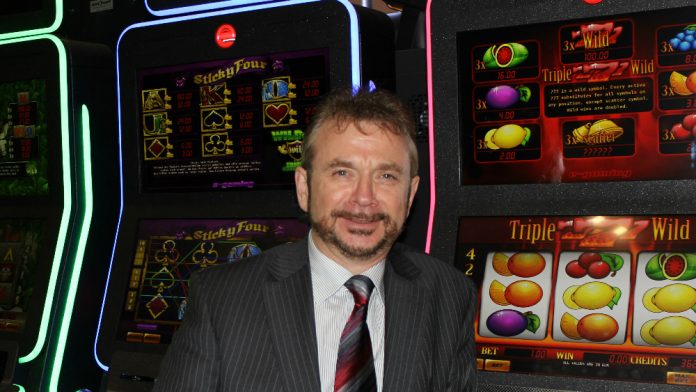 As 2016 draws to a close, e-gaming is celebrating its best ever year, as operators around the world continue to realise the benefits of the Czech manufacturer’s gaming solutions.

[dropcap]N[/dropcap]ow in its 10th year of trading, e-gaming said it has installed more terminals this year than ever before, with the increased demand resulting in the employment of new production technicians and software engineers.

The company’s UrbainThewissen (pictured) recently visited G2E in Las Vegas and met e-gaming’s Latin American business partners from Mexico, Colombia, Panama and Peru. During the show e-gaming also received news from BMM Testlabs that its certification for Peru was complete and the release of documents for the jurisdiction will arrive soon. The first installations in the country are already planned before the end of the year.

In Europe, the rate of terminal installations has increased, particularly across the Balkan region. “The Belgian market is very attractive for e-gaming in 2016, as a lot of machines were installed in Class II venues,” the company stated. “We developed special software for Class II venues and their games are very successful on land-based sites and also on the Belgian online casinos websites.”

Over the coming weeks, e-gaming will release six new games designed especially for the Belgian online market. The company’s game content is already available on 10 online casinos websites in the country.

In Spain, e-gaming has already installed 1,400 SBG terminals, and the number of machine installations is increasing every month. The company currently has 25,000 terminals connected to its servers around the world.

Looking ahead, the official launch of e-gaming’s online casino website in the Czech Republic will start in January 2017, following recent government approval. The company will initially present its own popular games, and will later add a sports betting platform.