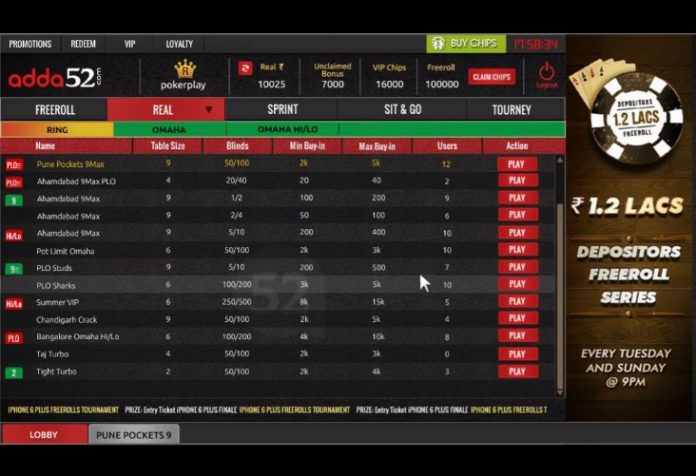 Delta Corporation Limited has confirmed it will be purchasing the Adda52 poker site following approval from Gaussian Networks.

The plan was approved, by 99.96 percent of Gaussian stockholders at a court convened meeting last month, and the deal is expected be finalised in the next few months.

“With this transaction, Delta Corporation Limited will widen its business horizon and increase its overall footprint thereby consolidating its overall leadership position,” Delta Corp announced when the bidding began.

Gaussian has provided Indians with online games thanks to the state’s favourable legislation on skill-based games such as poker, rummy, scrabble, chess, pool and golf.

Gaussian owns a number of portals including Adda52mart and Adda52rummy, but poker is the growing trend in India and Adda52, the group’s dedicated poker site, is by far the most popular with estimated 100,000 players.

The firm also runs Goa’s floating Deltin Caravela, Deltin Royale and Deltin Jaqk casinos, and is due to open another, the Delta Daman casino soon.

“This is a completely debt-free company and a highly cash generating and cash positive company,” Hardik Dhebar, Delta Corp’s CFO. “We genuinely believe that both Delta and Gaussian together can get a lot of synergies in terms of expanding the base and penetrating the market better and [..] that we could grow at a much larger number in terms of growth rate.”