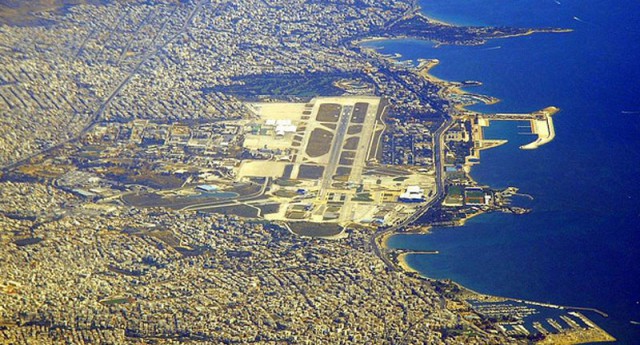 Greek property developer Lamda has stated that it is ready to move forward with plans to develop an integrated casino resort at the disused Elliniko airport site, provided that the country’s left-led government shows the necessary political will to see the project through.

Situated to the south of Athens, the E8bn development, dubbed The Hellinikon, will include a casino, hotels and homes along the waterfront, in addition to a new marina.

“The investment must, within the confines of the law, be combined with the necessary political will that translates words into action,” Odysseas Athanasiou, Lamda’s CEO, stated in November.

However, the following month, Infrastructure and Transport Minister Christos Spirtzis chose to put the blame on the investor for delays to the start of the Elliniko development project.

In response to a question in parliament on 6 December, Spirtzis chose to ignore the archaeological and environmental concerns which have arisen since August 2016, downplaying the government’s inactivity in resolving them.

“The investor submitted the plan with a seven-month delay, in summer 2017. Had the ministry been so late, imagine the criticism it would get,” said the minister.

Spirtzis bypassed the fact that the Greek government has not yet handed over the Elliniko site nor fulfilled its contractual obligations since 14 November 2016, amid ongoing discussions regarding the necessary presidential decree.

Back in October 2017, KAS, Greece’s Central Archaeological Council ruled that more than 30 hectares over the Elliniko are of archaeological interest.

At present, it is not yet clear to what extent this ruling will affect Lamda’s development plans.

Lamda has publicly clarified that: “the investors’ zoning plan was submitted …and approved, as the tender was completed with the signing of the contract in November 2014.”

After the state requested amendments on certain points, “a new integrated development plan was submitted to [state sell-off fund] TAIPED for inspection in December 2016 and re-approved in February 2017”.

Despite this, the investor emphasised that “the final submission was not possible without the prior settlement of administrative issues pending at the time”.