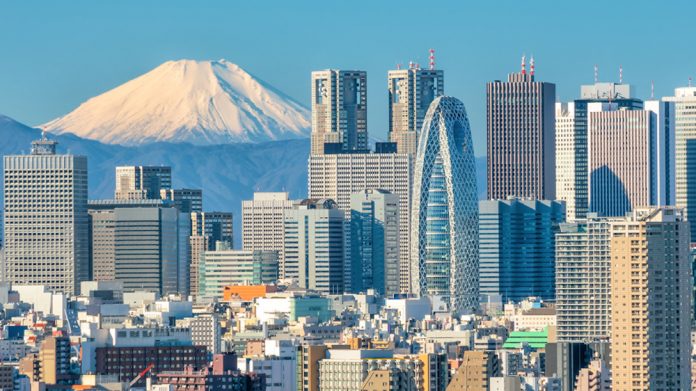 The second key bill for legalising integrated resorts in Japan has cleared its last major legislative hurdle, paving the way for the development of what some analysts estimate could be a $25bn market.

Japan’s Integrated Resorts (IR) Implementation Bill passed into law on 20 July following a vote in a plenary session of the House of Councillors, the upper house of the country’s parliament.

A month prior to this, on 19 June, the bill passed the House of Representatives with the backing of the ruling Liberal Democratic Party, its junior coalition partner Komeito, and Nippon Ishin (Japan Innovation Party).

The current legislative session was set to close on 20 June, but the government extended the 150-day ordinary Diet session until 22 July, in order to facilitate the bill’s passage.

With both houses having now signed off on the legislation, the process of selecting the sites for the three initial licenses will now commence, with Osaka, Tokyo, Yokohama, and Tomakomai in Hokkaido currently pipped as the favourites.

Las Vegas operators including MGM Resorts International, Caesars Entertainment, Las Vegas Sands and Wynn Resorts have all expressed interest in bidding for a licence in the country.

“The passage of the legislative framework propels the race for licences in Japan into the next phase,” said Caesars Entertainment’s CEO Mark Frissora in a statement.

Meanwhile, Hard Rock Cafe International is also in the running, and has opened a local office in Hokkaido.

Jefferies MD David Katz said Las Vegas Sands and MGM have the strongest financial resources of the US companies. Both Sands’ Sheldon Adelson and James Murren, CEO of MGM have said they would d be willing to spend up to $10bn building an integrated resort in Japan.

Katz noted that Caesars – which emerged from bankruptcy in October 2017 – has a strong brand and may seek a local partner to help fund development costs. “As we prepare to bid, we are seeking the most creative and respected Japanese partners to help us bring to life an unparalleled integrated resort experience,” Frissora added.

Katz also observed that Wynn’s chances may be negatively influenced by recent board and management turnover the company has undergone.

Analysts are also expecting Japanese companies to play a major role in the process. Sega Sammy Holdings – which owns 45 percent of Paradise City Incheon in South Korea – and Konami Holdings have both announced their intent to participate.

“This business becomes a legitimate viable business after the bill passes,” said Masaru Sugiyama, an analyst at Goldman Sachs. “Companies that weren’t willing to come public with their aspirations – we’ll see them be more active with press releases, briefings, blue prints coming out for what kind of projects they want to do and where, and who they want to partner with.”

Financial-services firm, Orix, which operates hotels and parking garages, as well as one of Osaka’s airport concessions, has also been put forward as a contender for an Osaka resort, although a company spokesman said no decision had been made yet.

Speaking during a press conference in Tokyo, David Bonnet, managing partner for Delta State Holdings, suggested that foreign operators may be forced to accept minority partner status in an integrated resort consortium.

“How the consortium looks to me is that it’s primarily a Japanese-led enterprise. We know the Japanese government has a preference for public-private partnerships, or working with established Japanese companies,” he stated.

While under the new legislation, IRs will be initially be restricted to only three sites, this figure will reviewed seven years after the first approvals are granted.

Locals, as well as foreign residents of Japan, will be require to pay a JPY6,000 ($55) admission fee, and are permitted up to three visits per week, capped at a
maximum 10 visits a month, while overseas visitors can enter free of charge.

The size of the casino floor will be limited to three percent or less of the total IR area, while operators will pay a 30 percent gaming tax to the central and local governments.

“Two of the key regulations (casinos being only three percent of total gross floor area and 30 percent revenue tax, on top of consumption, real estate, and income taxes) mean lower returns than many expected,” said a Morgan Stanley note on 20 July.

“We expect the first Japan casino to open by 2025 and the market size could peg at a range of $11bn and $20bn gaming revenue,” the note added.