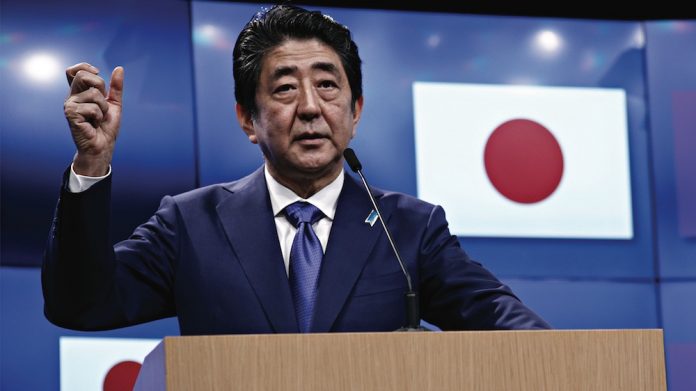 Is Japan really ready to become a big whale? The lower chamber of the Diet has passed the Integrated Resorts Implementation Bill, opening the door for the measure to be voted on in the House of Councillors before the end of July.

Japan’s lower chamber of the National Diet passed the Integrated Resorts Implementation Bill on 19 June, paving the way for the introduction of regulated casino gambling in the country.

The bill passed the House of Representatives with the backing of the ruling Liberal Democratic Party, its junior coalition partner Komeito, and Nippon Ishin (Japan Innovation Party).

The bill will now go before the Diet’s upper chamber, the House of Councillors, for debate. The current legislative session was set to close on 20 June, but the government has extended the 150- day ordinary Diet session until 22 July, in order to facilitate the bill’s passage.

Under the new legislation, IRs will initially be restricted to only three sites, although this figure will reviewed seven years after the first approvals are granted. Locals, as well as foreign residents of Japan, will be required to pay a JPY6,000 ($55) admission fee, and are permitted up to three visits per week, capped at a maximum 10 visits a month, while overseas visitors can enter free of charge. The size of the casino floor will be limited to three percent or less of the total IR area, while operators will pay a 30 percent gaming tax to the central and local governments.

A number of major casino operators have affirmed that they are prepared to spend $10bn on IRs in Tokyo and Osaka. All six Macau concessionaires through their parent companies – Galaxy Entertainment, Melco Resorts, MGM Resorts International, Las Vegas Sands, SJM Holdings and Wynn Resorts – have set up offices in Japan seeking a foothold in the new market. Meanwhile, Genting Singapore – part of Malaysia’s Genting Group – and US-based Caesars Entertainment Corp have also thrown their hats into the ring, and Japanese gaming machine manufacturers Universal and Sega Sammy are reportedly interested in participating in an integrated resort partnership.

Despite the new legislation’s forward progress, a number of aspects of Japan’s new casino policy remain undefined, including tax obligations on winnings.

The government has stated in the Diet that profits from gambling, in general, should be regarded as “occasional income”, which would make them subject to tax regulations.

Japan currently has tax treaties with 123 states and regions and its suggested that overseas tourists gambling at Japanese casinos could be subject to the tax treaty their home country has signed.

According to the National Tax Agency, Japan’s treaties with the United States, South Korea, European countries, and members of the Organization for Economic Cooperation and Development (OECD) stipulate that foreign visitors should pay tax on casinos winnings to the governments of their own countries. But this is not that case for everyone, Japan’s tax treaties with China, India, and Singapore allow it to charge citizens from these countries income tax on their winnings.